1984 Anti-Sikh Riots: Death Penalty For One Convict, Life Imprisonment For Another 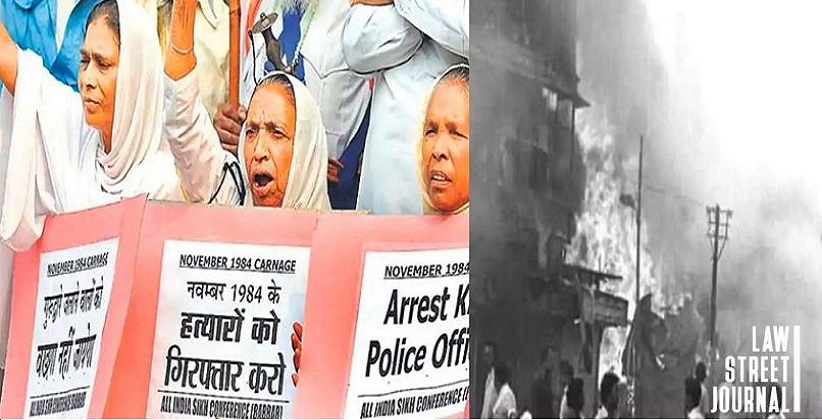 The Patiala House Court Delhi on November 20, 2018, amid tight security outside the court, pronounced the quantum of sentence in the 1984 anti-Sikh riots case. While death penalty was awarded to Yashpal Singh, another convict Naresh Sherawat was sentenced to life imprisonment.

The two were convicted on November 15, 2018, for killing two young Sikhs in Delhi's Mahipalpur area after the assassination of erstwhile Prime Minister Indira Gandhi. This is the first sentencing in the case after the Special Investigation Team (SIT) took over the probe in 2015.

The two convicts, Naresh Sherawat, and Yashpal Singh were held guilty of killing Hardev Singh and Avtar Singh. The complaint against the two was filed by Hardev Singh's brother, Santokh Singh.

Earlier, in 1994 the case was closed by the Delhi Police for lack of evidence. However, it was further investigated by a Special Investigation Team (SIT).

As per a report, the SIT said in a statement that it was a "brutal murder of two innocent young persons aged around 25 each. It was a planned murder since the accused were carrying kerosene oil, sticks etc."

As per official records, over 2800 Sikhs were killed across India while 2,100 of them in Delhi after Indira Gandhi was assassinated by a Sikh bodyguard.