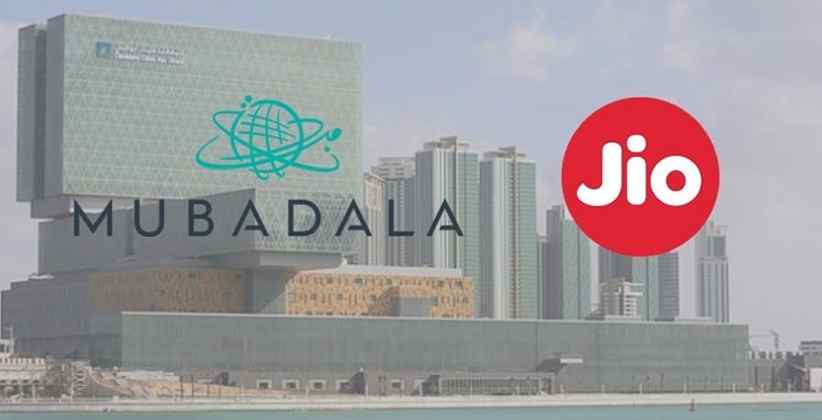 Jio Platforms runs movie, news, and music apps as well as the telecom enterprise Jio Infocomm has sold a combined stake of 18.97 percent through six massive fundraising deals and which takes to total Rs 87,655.35 crore of the amount raised by Jio. It was started from Facebook Inc, which has invested Rs 43,574 crore to buy 9.99 percent on April 22. Following which General Atlantic, Silver Lake, Vista Equity Partners, and KKR have invested which together amounts to Rs 78,562 crore.

Mubadala Investment Company is a sovereign investor managing a global portfolio aimed at generating sustainable financial returns for its shareholder, which is the Government of Abu Dhabi. It was established in 2017 as a global investment giant for Abu Dhabi, it is now active worldwide and has invested across multiple sectors.

Mubadala is touted as the second-biggest state investor after Abu Dhabi Investment Authority. It is believed that it has more than 50 businesses and investments in more than 50 countries. It has offices in Rio de Janeiro, Moscow, New York, and San Francisco. It manages about $229 billion in assets and with this new stake of 1.85% in Jio Platforms at an equity value of Rs 4.91 lakh crore and an enterprise value of Rs 5.16 lakh crore.

Mubadala company typically makes investments in enterprises that “create lasting value and positive economic and social impact in communities at home and overseas” according to its website. The companies in which it has invested are spread across aerospace, agribusiness, ICT, semiconductors, metals and mining, pharmaceutical and medical technology, renewable energy, and utilities.