Advertisement put up by SBI to hire CFO, offers about 3 times the Chairman’s salary 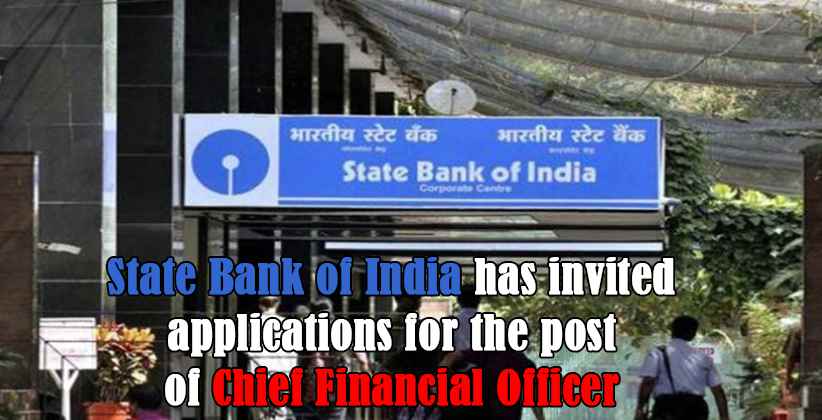 According to its recent advertisement, the State Bank of India has invited applications for the post of Chief Financial Officer today on Wednesday, 10th June 2020. According to the advertisement issued by SBI, salary offered for the post of CFO would be around Rs 75 lakhs to Rs 1 crore, which is about three times the salary of the Chairman Rajnish Kumar, who earns about Rs 29.5 lakhs annually.

Some of the perks that Rajnish holds including shares and a house in one of Mumbai’s prime areas are not counted in his annual payout. Recently, Rajnish had made a light-hearted reference to his salary stating that if he had to go through any pay cuts like his peers in other private banks, he would have had to live on the streets. The salary for the position of CFO is so high since SBI is offering the post through the contract-route, which is basically when SBI is allowed to offer market salaries.

In a statement issued by the bank, it has clarified that prospective applicants have to apply for the position online, and on a successful application they would be directed towards a merit test and an interview. The contract period as agreed upon for the role of CFO is three years to begin with, which can then be renewed by another month if mutually agreed between the candidate and the bank. The cut-off age set for a person to apply is 57 years as described by the advertisement. The CFO position at SBI opened up since their previous CFO Prashant Kumar took up duty as Yes Bank’s chief executive officer earlier this March 2020.