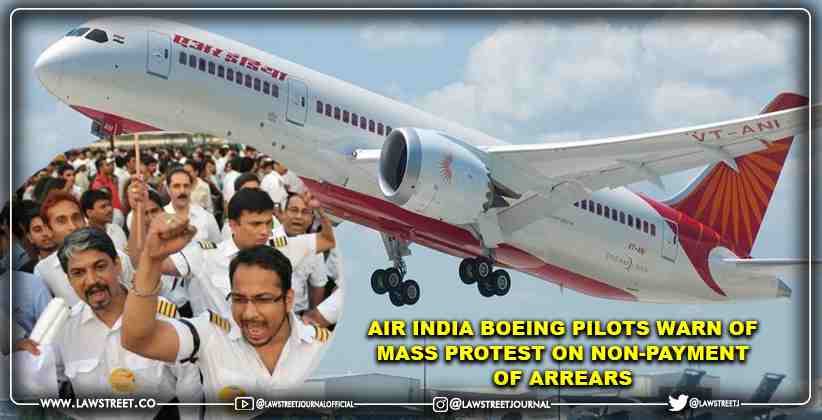 Recently, the Tata Group signed a share purchase agreement (SPA) of rupees 18,000 crores with the centre for acquisition of Air India. One of the pilot unions of the national carrier asked the management to clear the dues of the pilots ahead of the transfer of the airline to the Tata Group. If they fail to do so, the pilot union warned the company a mass protest and industrial unrest which will ultimately hamper the industry.

During the festive season, the rise in commuting led to busy schedules for pilots and an increase in domestic demand, whereas the pilots were stretched beyond their capacity.

"We trust that you will ensure that the process of settling arrears is righteously carried out so as to not leave the employees feeling cheated," the Indian Pilot Guild (IPG) said in a letter to Air India's CMD.

Further, the pilot union showed an optimistic approach towards making a  fresh start with the Tata Group and are in hope that the current dispensation won't exploit employees.

The pilot union has sought an immediate statement with working calculation of dues pending for each pilot allocated under 2006 wage agreement are due.

Meanwhile, Air India spokesperson refused to comment on the issue. The post of Air India's CMD has been vacant since October 1, 2021 after Rajiv Bansal, the former CMD took charge as Secretary of Ministry and Civil Aviation.