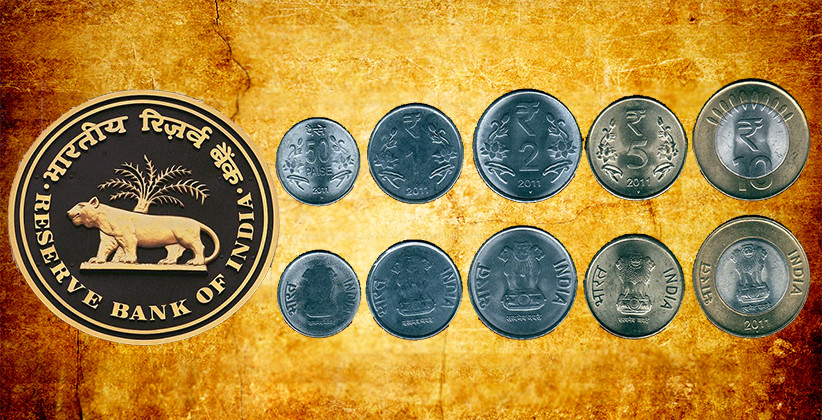 The Reserve Bank of India (RBI) on June 27, 2019, has asked the public to continue accepting coins of various denominations which are being pumped into circulation regularly.

In a statement issued in this regard, the central bank said, "The Reserve Bank of India puts into circulation coins minted by the Government of India. These coins have distinctive features. Coins in new denominations to meet transaction needs of public and coins in new designs to reflect various themes - economic, social and cultural - are introduced from time to time."

It stated that since coins remain in circulation for a longer period, coins of different designs and shapes circulate at the same time. "Presently, coins of 50 paise, Rs 1, 2, 5 and 10 denomination of various sizes, theme and design are in circulation,” the statement added.

The bank has issued the statement noting that there have been some doubts regarding the genuineness of coins. The bank expressed, "It is reported that there are doubts in some quarters, regarding the genuineness of such coins which has resulted in reluctance on the part of some traders, shop-keepers and members of public to accept coins. This has impeded the free use and circulation of coins in certain pockets of the country."

Thus, the bank appealed to the public not to give credence to any such rumours and continue to accept these coins as legal tender in all their transactions without any hesitation.

It is worth mentioning here that the RBI circular on Facility for Exchange of Notes and Coins advises banks that none of the bank branches should refuse to accept small denomination notes and/or coins tendered at their counters.