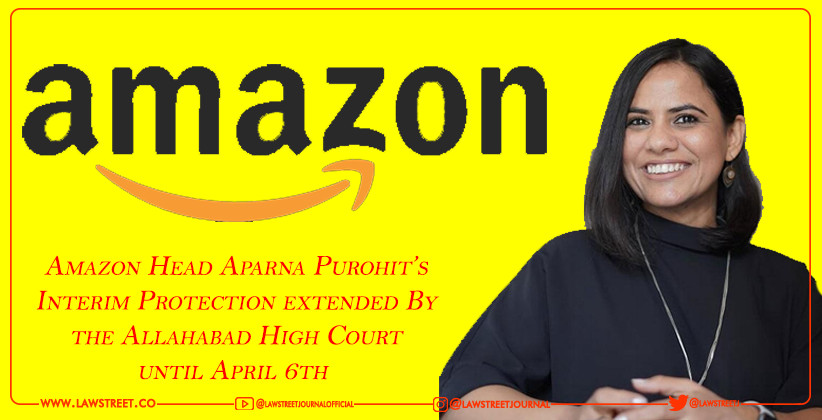 The interim protection for the arrest the Amazon Prime Video’s head, Purohit, was extended by the Lucknow bench of the Allahabad High Court this Tuesday (March 9, 2021). The FIR filed against the Amazon head, Aparna Purohit, filed for alleged depiction of Hindu gods in a disrespectful way in the web-series of Tandav, throwing bad light on the same.

Purohit’s anticipatory bail plea was decided by the single bench of Justice Dinesh Kumar Singh, granting to extend her protection till the next court date of April 6, 2021.

The police in Lucknow was instructed to continue and complete investigation on the matter. The UP Government opposing the application submitted that the said series was wrongfully portraying ‘God’ in a derogatory and disrespectful manner

They said, “the visual and wordings used by certain actors in the said web series contain certain scene portraying 'God' in a very derogatory manner for which the said F.I.R. has been lodged.”

The AGG reviewed it as “provocative”, thus persuading the State to lodge the FIR.

Purohit has been asked to appear in Court again on March 18. She secured her interim protection from the apex Supreme Court after refusal of the High Court over this controversy. She was asked to fully cooperate with the process of the investigation after the High Court stopped the Government from taking any action against Purohit.

The High Court had initially commented that “Hindi filmmakers have done this repeatedly and still doing this most unabashedly with the Hindu Gods and Goddesses” as reason for denial of the anticipatory bail plea.