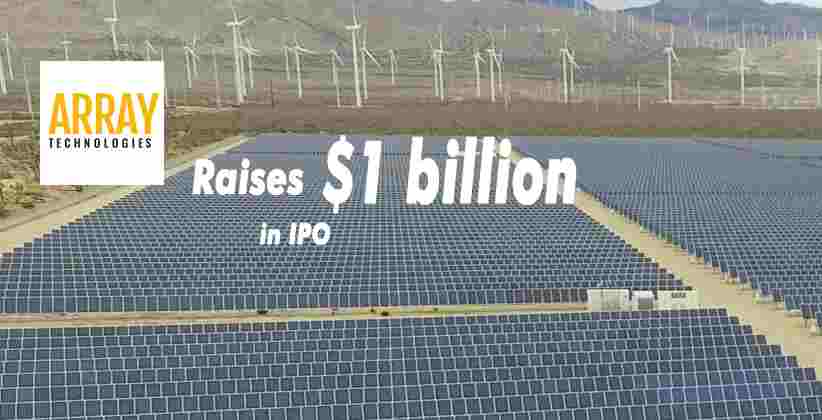 The IPO values Array, which is backed by U.S. private equity firm Oaktree Capital, at $2.8 billion. The company also had $749.2 million in debt as of the end of June. Array's IPO was upsized to 47.5 million shares. The company had aimed to sell 45 million shares for between $19 and $21 per share.

The Albuquerque, New Mexico-based company which produces steel supports, electric motors and controllers, gearboxes, and other solar energy equipment will tie up the array which went public as global energy consumption and is shifting away from fossil fuels to sustainable sources such as solar and wind.

According to a filing with the US Securities and Exchange Commission, Array founder Ron Corio will own 73 percent of the company’s total outstanding shares after the IPO, in which an undisclosed stake was acquired by Oaktree capital in Array in 2016.

Shares in Array will begin trading on the Nasdaq on Thursday under the symbol “ARRY”. Goldman Sachs, JP Morgan, Guggenheim Securities, and Morgan Stanley are among the lead underwriters.