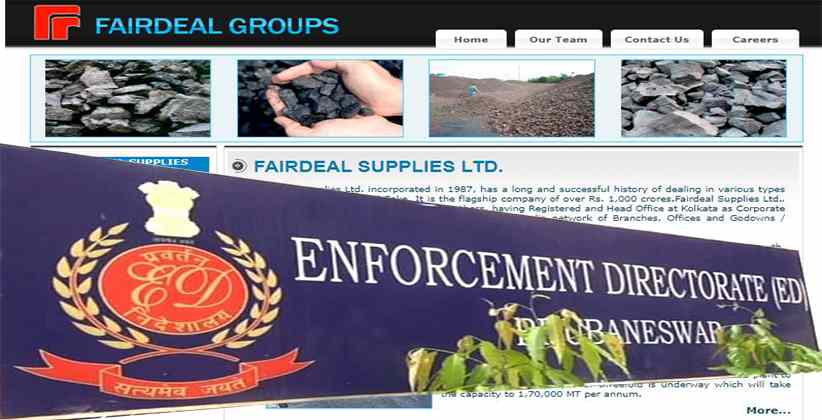 The Enforcement Directorate (ED) has attached assets worth Rs. 107 crores of a Kolkata firm called Fair Deal Suppliers because of its role in money laundering in a bank fraud case. The assets include a land and a building in Coimbatore, an office building, a farm house, a bungalow in Ahmedabad and seven fixed deposits under the Prevention of Money Laundering Act, 2002 (PMLA). The total worth of these properties are Rs. 107.73 crores.

The ED said, “The firm and its directors Ram Prasad Agarwal, Narayan Prasad Agarwal, Pawan Kumar Agarwal and Saurabh Jhunjhunwala and others were booked by it after studying a CBI charge sheet filed against them for "defrauding" a UCO Bank flagship corporate branch in Kolkata.”

ED has found that the Fair Deal Suppliers used various facilities from UCO bank under false stock statements and defrauded them. In this regard, the ED said, “The company did not route the sale proceeds of coal import imported under the FLCs through the bank, resulting in accumulation of letters of credit." "The funds were diverted for other purposes, thereby defrauding the bank to the tune of Rs. 231.95 crore,"

They further said, “The company "directed" buyers of coal to remit sale proceed of the imported coal to other accounts. The buyers of coal deposited the sale proceeds in the accouunts other than accounts of Fairdeal Supplies Ltd. From these accounts, the funds were further diverted to acquire assets.” The investigation in the matter is still going on.