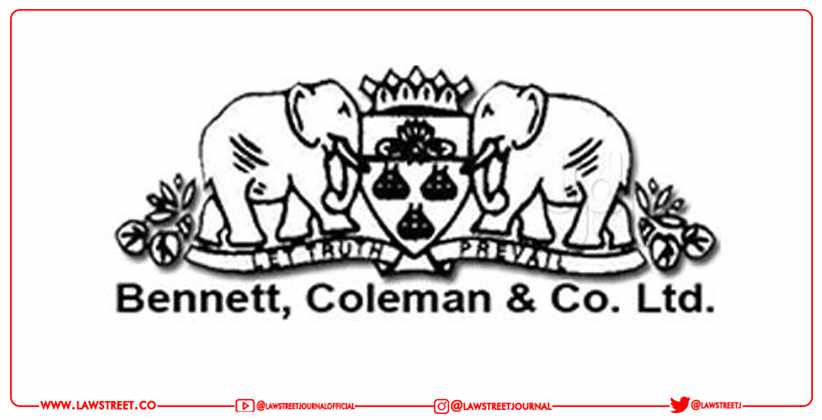 Bennett Coleman and Company Limited (BCCL) has moved the Delhi High Court seeking action against Sameet Thakkar. BCCL has sought in its plea that Sameet Thakkar be held liable for contempt of court on account of non-compliance of orders dated 13th July, 2020. The High Court vide its order dated 13th July’2020 had directed Sameet Thakkar to take down “derogatory tweets” made against the company and cautioned him from repeating such instance in the near future. Accordingly, BCCL has sought its plea that Thakkar be sentenced with appropriate punishment in accordance with law for such contempt and disobedience.

BCCL has sought repeatedly that directions be given yet again to Sameet Thakkar to strike down all those infamous tweets against the company with immediate effect. In the instant matter, BCCL has also filed an application under Order 39 Rule 2A CPC read with Sections 10 and 12 of the Contempt of Courts Act, 1971.

Originally, a suit was filed by BCCL seeking permanent injunction along with other consequential reliefs against Thakkar for unauthorized, illegally, dishonestly, malifidely making, publishing, republishing, incorrect, defamatory statements against the officials and top management of the BCCL with the intention to malign its reputation. In July, 2020 the High Court had granted an ex-parte ad interim injunction in BCCL's favour asking Thakkar to take down the derogatory tweets. It was following the non-compliance of these said orders by Sameet Thakkar that BCCl moved an application before the High Court.

The application of BCCL was filed through Tandon & Co. stating that disobeying the Court’s earlier order Thakkar published another tweet which with defamatory, under the garb of compliance of the Order passed in July, 2020. BCCL has relied on a tweet made by Thakker on March 28, 2022, claiming it to be direct violation of the court's order.

Whether Use Of A Trademark As A Keyword On Google Ad Program Would Constitute Infringement? Delhi High Court To Consider