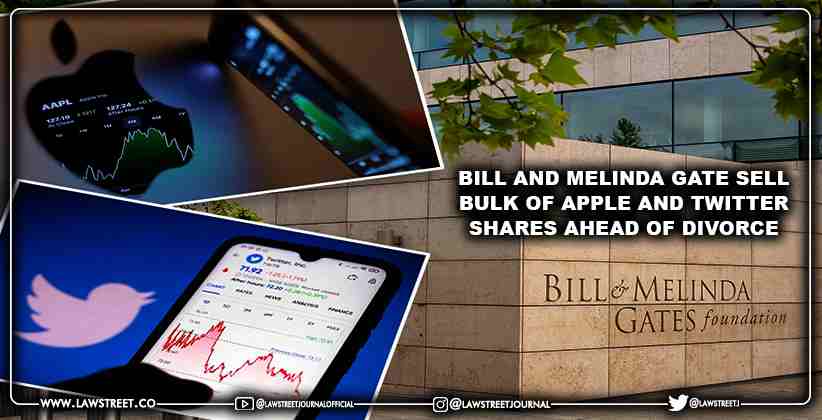 Earlier this year, Bill and Melinda Gates announced the news of them getting divorced. Their foundation has now reportedly sold shares worth millions of dollars prior to the divorce.

The Bill & Melinda Gates Foundation's trust sold their entire stake in Apple and Twitter near the end of May, as per Securities and Exchange Commission filings first reported by Barron's on Sunday. Bill is one of the wealthiest people on the planet, with a net worth of $146 billion.

A prenuptial contract provides a binding agreement in the case of a divorce, but a separation settlement is less formal, it's a legal agreement that specifies each party's rights and responsibilities, such as child support and custody, without the need for a court hearing. As of now, no legal agreement has been signed between Bill and Melinda Gates.

In their divorce filing, the Gates claimed that their marriage was "irretrievably broken" and proposed that their assets be distributed according to the separation agreement.

“We accord state govt. to publicise its policies widely so as to make people aware” : Bombay HC to Maharashtra Govt. amid growing cases of Black Fungus