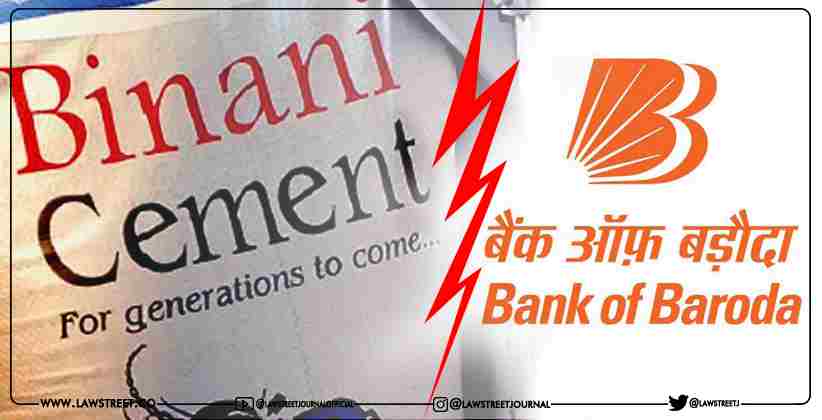 Business Apr 05, 2021 Parth Thummar ( ) 12 Shares
12 Shares
The main focus of the Insolvency and Bankruptcy Code, 2016 is to provide the resurrection and resolution of a debtor in a time bound manner for maximization of value of debtor’s assets. The NCLAT has in Binani Industries Limited vs. Bank of Baroda & Another [1], in a emphatic manner settled two important principles for the insolvency resolution process. One being the aim of the Committee of Creditors has to be towards maximization of the value of debtor and second, the ‘Resolution Plan’ submitted by the ‘Resolution Applicant cannot discriminate between the different class of creditors inter se. further, the Committee of Creditors while approving the ‘Resolution Plan’ cannot favour the ‘Resolution Plan’ which is discriminatory.

1: Facts of the Case: Appeals were filed before the NCLAT, against an order [2] of the NCLT [3] passed in ‘Corporate Insolvency Resolution Process’ [4] initiated by Bank of Baroda against Binani Cement Limited [5] under S. 7 of the Insolvency and Bankruptcy Code, 2016 [6]. Mr. Vijaykumar V. Iyer, Resolution Professional [7] had filed an application under S. 30 and 31 of IBC. read with Regulation 39 of the ‘Insolvency and Bankruptcy Board of India (Insolvency Resolution Process for Corporate persons) Regulations, 2016 [8] for approval of the ‘Resolution Plan’ for the Corporate Debtor. The Resolution Plan ‘Rajputana Properties Private Limited’ [9] had been approved by the majority in the ‘Committee of Creditors’ [10] while the revised Resolution Plan submitted by ‘Ultratech Cement Limited’ [11] was not considered by the CoC.

There were three questions before the AA [12]. First, whether non consideration of revised offer of UCL was in violation of IBC and the Regulations; second, whether there was any discrimination against the unsecured financial creditors vis-à-vis other financial creditors in the Resolution Plan submitted for the approval and third, whether the RP has ignored and not honoured any of the operational creditors’ claim.  The grievance of the Appellant was that the AA should have passed positive direction and should have allowed the Appellant to interact with and/or meet the bidders/ ‘Resolution Applicants’, ‘Financial Creditors’ and other stakeholders of the ‘Corporate Debtor’ from time to time. 1.1:  Observations made by the AA:   2: Decision of the NCLAT: To decide the issue at end, the NCLAT ventured into the object of IBC, object of ‘Resolution’ and what is expected from the CoC. Regarding objective of IBC, it held that promotion of resolution over liquidation is aimed and listed down three broad objectives in order [17] as follows [18]: First, “Resolution” [19]; Second, “maximisation of value of assets of the ‘Corporate Debtor’’ [20]; Third, “promotion of entrepreneurship, availability of credit and balancing the interests”.    2.1 : Observations about the ‘Financial Creditors’ and ‘Operational Creditors’: Regarding the role of ‘Financial Creditors’ as members of the CoC the NCLAT held that, the CoC has to comprise of who have the capability to assess viability, as well as to be willing to modify terms of existing liabilities in negotiations [21]. Here, differentiating ‘Operational Creditors’ on the aspect of their inability to decide on matters regarding the insolvency of the entity, unwillingness to take the risk of postponing payments for better future prospects for the entity [22], the NCLAT held that it was deemed fit to restrict composition of CoC to only ‘Financial Creditors’. The NCLAT further also observed that though not being the part of CoC, negotiation process takes care of liabilities of all the creditors which includes ‘Operation Creditors’ [23]. Holding that promotion of availability of credit is goal of IBC, and credit availability is ensured by both ‘Financial Creditors’ and ‘Operation Creditors’. Further elaborating of the role of ‘Operational Creditors’, it held as follows:

(emphasis supplied) The NCLAT further cautioned that it is possible to balance interests of all stakeholders if the resolution maximises the value of assets of the ‘Corporate Debtor’ [24], but it will be jeopardised if resolution maximises the value for a or a set of stakeholders such as ‘Financial Creditors’ [25]. In this regard, the NCLAT, further held that the dues of ‘Operational Creditors’ must get at least similar treatment as compared to the due of ‘Financial Creditors’.    2.2: Observations about ‘Resolution Plan’ in General: Regarding ‘Resolution Plan’, the NCLAT in plain and simple words observed that, “the Resolution Plan must resolve insolvency i.e. rescue a failing, but viable business [26]” and differentiated it from sale [27], auction [28], recovery [29] and liquidation [30].    2.3: Observations about ‘Resolution Plan’ submitted by RPPL and UCL: The Resolution Plan submitted by RPPL had made differentiation between the Financial Creditors based on the Financial Creditors having direct exposure to the Corporate Debtor and those to whom the Corporate Debtor was guarantor. [31] Further, those Financial Creditors to whom the Corporate Debtor was guarantor were further discriminated. [32] Among the Operational Creditors others than workmen, “unrelated parties” were given only 35% of their verified claim while “related parties” were not provided with any amount. [33] The RPPL had relying on the Regulation [34] argued that the intent of the legislature is to bind ‘minority Financial Creditors’ with the decision of the ‘majority Financial Creditors’. [35] The NCLAT was quick to nullify this argument by relying on Central Bank of India Vs. Resolution Professional of the Sirpur Paper Mills Ltd. & Ors [36], where the NCLAT had held that “Clause (b) and (c) of Regulation 38(1) being inconsistent with the provisions of the IBC, and the legislators having not made any discrimination between the same set of group such as ‘Financial Creditor’ or ‘Operational Creditor’, can’t override Legislative scheme.”   UCL had submitted its revised plan on March 8, 2018 and the Resolution Plan submitted by RPPL was approved on March 14, 2018. For non-consideration of the revised plan of UCL, the CoC had taken plea that, UCL had submitted it by an e-mail and the offer was not made in accordance with the ‘process document’ and if it were considered then it would have been be a deviation of the process laid down in the ‘process document’ [37] by the CoC. [38] Third objection was that the offer was beyond the time as stipulated under the ‘I&B Code’.[39] To these arguments, the NCLAT, reiterated that the RP and the CoC are duty bound to ensure the maximization of the value within the time frame prescribed by the IBC, and found that such adherence to duty was lacking in the present case as the CoC had not considered the Resolution Plan of UCL which had taken care of maximization of the assets of the ‘Corporate Debtor’ and also balanced the claim of all the stakeholders of the ‘Corporate Debtor’.[40] Regarding the CoC’s emphasis on strict adherence to process document, the NCLAT referring to various clauses of the same document held that, the CoC had the power to amend/modify it. [41] The NCLAT also observed that non-consideration of the Resolution Plan submitted by UCL which was in consonance with S. 30(2) of IBC for the purpose of negotiation and for maximization of the value of the assets [42], had shown non-application of mind by the CoC had had been discriminatory to UCL. It will be apposite to refer to the observations of the NCLAT [43]:

“If the ‘Operational Creditors’ are ignored and provided with ‘liquidation value’ on the basis of misplaced notion and misreading of Section 30(2)(b) of the ‘I&B Code’, then in such case no creditor will supply the goods or render services on credit to any ‘Corporate Debtor’. All those who will supply goods and provide services, will ask for advance payment for such supply of goods or to render services which will be against the basic principle of the ‘I&B Code’ and will also affect the Indian economy. Therefore, it is necessary to balance the ‘Financial Creditors’ and the ‘Operational Creditors’ while emphasizing on maximization of the assets of the ‘Corporate Debtor’. Any ‘Resolution Plan’ if shown to be discriminatory against one or other ‘Financial Creditor’ or the ‘Operational Creditor’, such plan can be held to be against the provisions of the ‘I&B Code’.” Judiciary Feb 26, 2020 Lawstreet News Network 8 Shares
8 Shares
As reported on 25th of February 2020, Bank of Baroda has moved the Apex court and has challenged the order passed by the Calcutta High Court on 10th February 2020 pertaining to the matter of a bank guarantee issued on the behalf of Simplex Projects Ltd. The Calcutta HC asked the Reserve Bank of India to consider the option of taking appropriate steps against Bank of Baroda and also include the revocation of its licence for the disorderly conduct administered by the bank in dealing with the...
Read full post 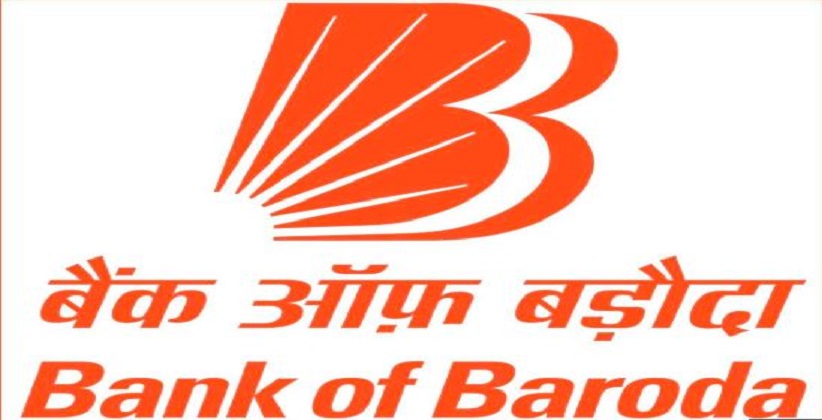