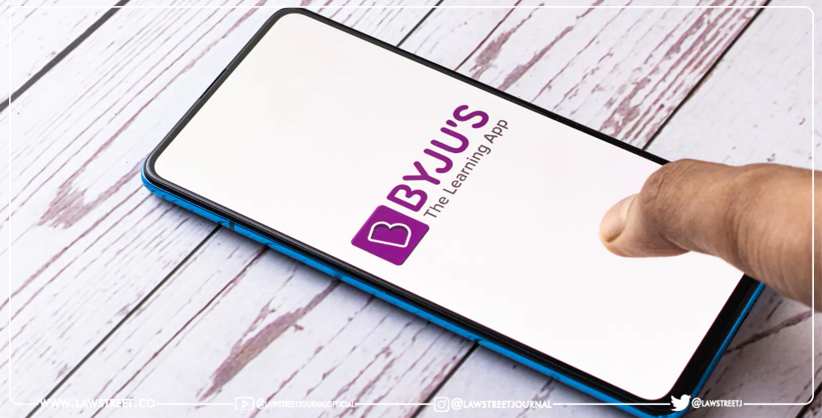 A case named “Madhusudhana B v. Think and learn Pvt ltd” was instituted in Bangalore Additional District Consumer Disputes Redressal Commission Shanthinagar under section 35 of the Consumer Protection Act, 2019 for the deficiency of service in not providing proper learning app for students.

The complainant, Madhusudhana B bought the Byju’s learning app after the Opposite party’s (OP), that is, Think and learn Pvt. Ltd sent an authorised representative to the complainants’ house, to advertise about the same. The complainant agreed to purchase the said app and paid a sum of Rs.99,000/- through his Axis credit card on 25th July, 2021. During the time of payment, the authorised representative informed him that the payment made shall be converted into an EMI (Equated monthly instalment). However, the amount which was credited to the OP’s account was not converted in to EMI.

Following which, the Byju’s office promised to deliver the complainant two Samsung tabs worth Rs.25,000/- each. Nevertheless, two Lenovo M8 and M10 worth Rs.10,000/- each were actually provided by the OP that inherited a lower quality than what was promised. Therefore, the complainant on 19th August 2021 drafted a mail stating the termination of the learning course. And further, demanded a refund of the complete amount of Rs.99,000/- which was to be paid to his credit card directly. To which OP responded by stating the problem shall be resolved within 24 hours from the time the aforementioned email was received. However, no action was taken for either the learning app nor the refund process.

The complaint letter stated: “Complainant wanted to cancel the course demanded refund of the complete amount of Rs.99,000/- paid to the credit card directly. He was not statisfied with the learning on the BYJUS learning app. But OP did not respond to the email’s letter dated 19/08/2021 (addressed to OP), and confirmed that it will get resolved within 24 hours, but after several months still it’s not resolved. The Complainant requested to cancel the same and return the total amount paid him. The complainant has suffered lot of mental agony and harassment due to the deficient service and behaviour of OP. Hence this complaint.”

The judgement as pronounced by Justice Hon'ble Mr. H.R. Srinivas- President, Hon'ble Mr. Y.S. Thammanna-Member, Hon'ble Mrs. Sharavathi- Member was in favour of the Affirmative. For reasons, that OP itself, promised a return of full amount without any deduction in case a student is dissatisfied with the service of the learning app provided by them (Byju’s).However, the above-mentioned promise was never fulfilled despite the repeated requests made by the student (complainant).Thereafter, the action of delivering a poor quality tab which further hindered the learning of the complainant proved deficiency in the services of Think and learn Pvt ltd (OP).

“Upon the perusing the entire documents, complainants purchased the Byju’s learning app through the representative of OP who ensured that in case the student is not fully satisfied with the working or learning app, in that event of fault the entire amount shall be returned without any deduction. After purchasing the app, OP was to provide a tab. Further the complainant started learning on the above said app with the help of tab, but he was not satisfied with the method and as such the complainant requested cancellation of the same and to return the total amount paid by him as assured by the OP. Thereafter again on 19/08/2021, requested for refund but all in vain. The above said act of OP in not providing proper app not providing the tab as assured amounts to deficiency”

Moreover, the relief demanded by the complainant was measured by virtue of his payment of Rs.99,000/- that was paid through his credit card. Upon the perusal of the same, it was observed that a fine of Rs,12,000/- for the 1st month, Rs.12,720/- for the Second month and Rs.19,280/- for the third month was duly paid by the complainant. Hence, the cancellation of the learning app package by the aggrieved party stood reasonable. However, all efforts to execute the same went in vain.

Despite, the serving of notice by the Commission to the OP, they neither appeared before the commission nor did they file a reply. Hence, the contentions made by the complaint went un-rebutted and un-challenged. The bench held the opinion of deficiency on part of the OP’s services. For which, the complainant not only incurred loss but also mental agony. Thus, the relief as demanded by the aggrieved party shall be considered reasonable. Which is, a refund of full sum of Rs.99,000/-,along with interest at 12% per annum from the date of receipt of the amount. And payment of Rs.25,00/- for the mental harassment caused to the complainant, and another Rs.5,000/- for the litigation expenses incurred. Thus, the complainant shall return the tabs back to OP upon the dismissal of the case.

“In support of their case, complainants have placed on record copy of the receipt an amount of Rs.99,000/- which was paid by the complainants through credit card. Statement of credit card is at Ex-P2 and on perusal of the same, it reveals that an amount of Rs.99,000/- along with the credit card fine for 1 month Rs.12,000/-, and second month Rs.12,720/-, and for third month of  Rs.19,280/- has been paid. The complainant has requested OP for cancellation of the package. Despite proper service, OP neither appeared before this commission nor filed any reply, therefore the averments made by the complainant have gone un-rebutted and un- challenged. In view of the aforesaid discussion, we are of the considered opinion that the complainant has been able to prove deficiency on the part of the OP in rendering service to them. For the best known reasons to the OP, OP did not refund the money which forced the complainants to file this complaint and also put the complainants under mental agony, harassment and hardship for which we direct op to pay a sum of Rs.25,000/- as damages, and for 5,000/- towards litigation expenses, and to refund of Rs,99,000/- along with interest at 12% per annum from the date of receipt of the amount. Hence we answer POINT NO. 1 and 2 PARTLY IN THE AFFIRMATIVE.”