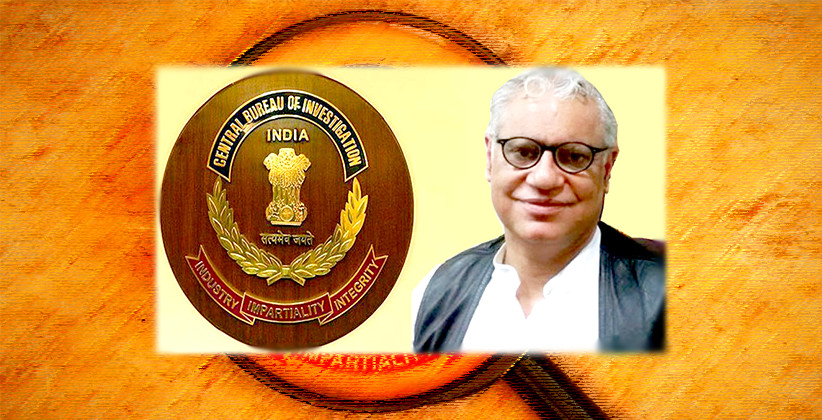 The Central Bureau of Investigation (CBI) has registered an FIR against Lawyers Collective (LC), its president Anand Grover and unknown office bearers for alleged violation of the Foreign Contribution (Regulation) Act, 2010.

In a statement issued on June 18, 2019, the organisation and its Trustees, including founding members Anand Grover and Indira Jaising, expressed shock and outrage at the CBI move. They alleged that the FIR had no basis in fact and in law.

“It has been filed to target the organisation and its office bearers to silence them for the cases and issues that they have taken up in the past and continue to take up since 2016. LC is seeking competent advice and will defend themselves in accordance with law in every forum,” it said.

“Even at the time, LC had pointed out that the FCRA proceedings were taken against it because its office bearers had taken up sensitive cases against the leading figures of the BJP and the Government of India, including Mr. Amit Shah, the present Home Minister, in the Sohrabuddin case, amongst others,” said the statement.

The LC said that the FIR was solely based on proceedings under FCRA in which orders for suspension and cancellation of its registration to receive foreign funding were passed by the Ministry of Home Affairs (MHA) in 2016, which LC has challenged before the Bombay High Court. The Appeal is still pending.

Further, LC had pointed out that there was no basis in MHA’s allegations of violation of the FCRA as there was no prohibition under the Act on Ms. Jaising receiving remuneration from it for her work on women’s rights. The remuneration was being paid before she became the Additional Solicitor General and continued during and after her tenure, with the permission of the Competent Authority, which had been admitted by the MHA. It said official expenses reimbursed to Mr. Grover were also permissible.

The organisation also raised questions on the almost three year-delay in filing the FIR. The case has been registered on the MHA’s complaint. The CBI has also invoked Indian Penal Code provisions related to criminal conspiracy, criminal breach of trust and cheating, besides criminal misconduct under the Prevention of Corruption Act, 1988.

The complaint from the Home Ministry said that the NGO was registered for carrying out social activities and it received ₹32 crore in foreign donations between 2006 and 2015. However, the violation of the FCRA was noticed in 2010, the complaint said.

The complaint said the site inspection was carried out at the office premises of the NGO between January 19 to 23 in 2016, and also the response filed by the Lawyers Collective was not found to be satisfactory.

In November 2016, the Home Ministry had cancelled the registration of Lawyers Collective under the FCRA, stopping the organisation from accepting funding from abroad.

The inspection report, which is part of the complaint, lists alleged violations on 14 counts. They include alleged participation in political activities, diversion or misuse of foreign contributions, and their use on airtravels, draft legislation meetings and dharnas.