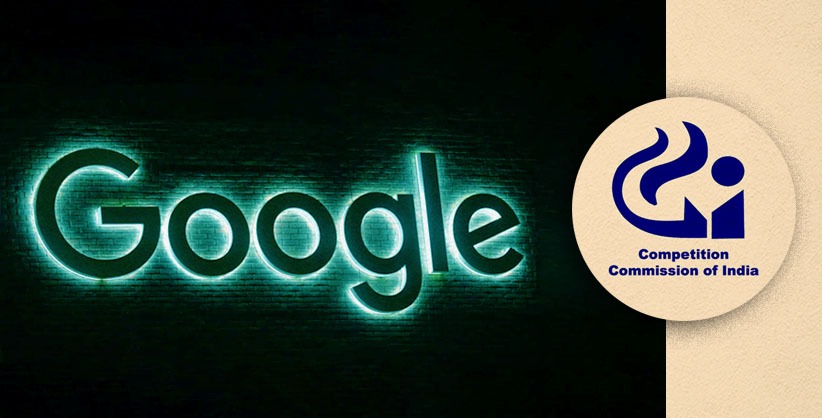 NEW DELHI: The Competition Commission has on Thursday imposed a penalty of Rs 1,337.76 crore on Google for abusing its dominant position in multiple markets in the Android mobile device ecosystem.

Besides, the fair trade regulator has directed the internet major to cease and desist from unfair business practices.

In a press release, the Competition Commission of India (CCI) said it has also directed Google to modify its conduct within a defined timeline.

"In relation to computation of penalty, the Commission noted that there were glaring inconsistencies and wide disclaimers in presenting various revenue data points by
Google. However, in the interest of justice and with an intent of ensuring necessary market correction at the earliest, the Commission quantified the provisional monetary penalties on the basis of the data presented by Google," it said.

"Accordingly, the Commission imposed a penalty of Rs 1337.76 crore upon Google on provisional basis, for violating Section 4 of the Act. Google has been given a time of 30 days to provide the requisite
financial details and supporting documents," it added.

In April 2019, the regulator ordered a detailed probe into the matter following complaints by consumers of Android-based smartphones in the country. Android is an open-source, mobile operating system installed by Original Equipment Manufacturers (OEMs) of smartphones and tablets.

The allegations of unfair business practices pertained to two agreements - Mobile Application Distribution Agreement (MADA) and Anti Fragmentation Agreement (AFA) - which were entered into by the OEMs of Android OS with Google.

In the release, the regulator said it has imposed a penalty of Rs 1,337.76 crore on Google for abusing its dominant position in multiple markets in the Android mobile device ecosystem apart from issuing the cease and desist order.

As per the release, CCI said that mandatory pre-installation of the entire Google Mobile Suite (GMS) under MADA, with no option to un-install the same, and their prominent placement amounts to imposition of an unfair condition on the device manufacturers and thereby contravenes competition law.

"These obligations are also found to be in the nature of supplementary obligations imposed by Google on OEMs and thus, in contravention of Section 4(2)(d) of the Act," it added.

Section 4 of the Competition Act pertains to the abuse of a dominant position.