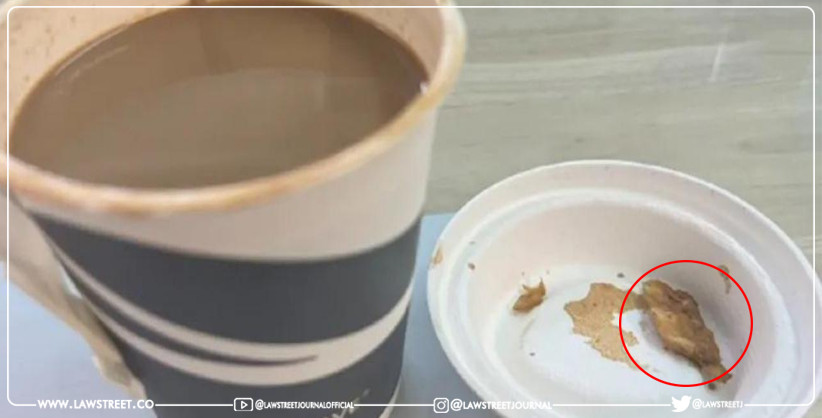 Sumit Saurabh, after discovering a piece of chicken in a beverage he purchased from a famous coffee chain in Delhi, was left fuming.

Saurabh, who is based in South Delhi, uploaded a photo of the drink he purchased from Third Wave Coffee via Zomato, as per his LinkedIn bio. Something that looks like a piece of chicken is placed next to the drink, which Saurabh claims that after tasting the coffee, his wife, who is a vegetarian, found this small piece of chicken in the coffee.

“Ordered coffee from Zomato, Third Wave India, this is too much! Chicken piece in coffee. Pathetic. My association with you officially ended today."

After the disagreeable discovery, the Twitter user uploaded a snapshot of his conversation with Zomato Support, during which a customer service representative insisted on giving him a free membership to Zomato Pro. Saurabh opposed, stating that with a turnover of Rs 10 crore, he had little use for a Pro membership. "But, my vegetarian wife just tasted chicken in her coffee," he responded.

While uploading the screenshot on Twitter, Saurabh slammed Zomato for the free membership offer.

In subsequent tweets, the Delhi resident stated that Third Wave Coffee had apologised and that he did not wish to press the matter further, but not before noting that the experience had left him upset.

“Zomato and Third Wave Coffee have apologised. I am really upset with my experience but I don’t want to take it further.” “I am making it clear again, my experience was bad, but things are sorted and clear.”

Third Wave is a chain of coffeehouses with more than 30 outlets across four cities.