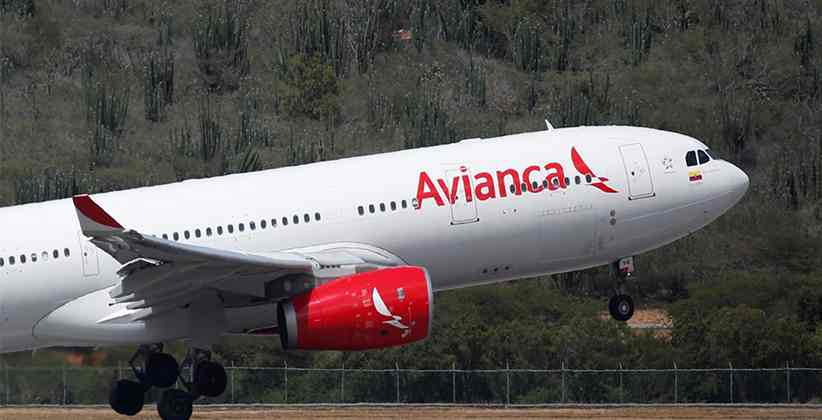 The carrier is the second-largest airline in Latin America after TAM Airlines, but its operations involving passengers have been on hold due to the worldwide spread of the Coronavirus since March 2020. The novel coronavirus has caused demand for air travel to plummet around the world due to travel restrictions.

The airlines stated that the pandemic was the reason it has lost more than 80% of its income, and it was scrambling to survive with a high amount of fixed costs. It is responsible for more than 21,000 jobs throughout the region, inclusive of 14,000 jobs within Columbia If it is unsuccessful and fails to get out of a bankruptcy situation, Avianca will be the first significant air passenger carrier to become insolvent amid COVID-19. It had filed for Chapter 11 bankruptcy protection in a court in New York, said the firm in a statement on 10th March 2020. The main motive of the process is to put off the US company's debts to its creditors, giving it time to reorganize its obligations or start selling some parts of its business. Chief executive of Avianca, Anko van der Werff stated that the move was necessary to make sure that the New York-listed airline emerged as a "better, more efficient airline that operates for many more years". The question that arises is, how does the airplanes plan on flying again? More than 140 of the airline’s airplanes have been stopped from flying and are grounded since the Colombian President, Ivan Duque shut down the country's airspace in March 2020. Almost all of its employees have been put on unpaid vacation. The airline, which has a fleet of 158 aircraft across 27 countries, stated that it still seeks government bailout funds. Avianca had formerly filed for bankruptcy protection in the early 2000s and was liberated by a deal with German Efromovich, a Bolivian oil tycoon who still owns a stake in the firm. The firm grew swiftly under his administration, but its growing obligations to creditors brought about a triumphant boardroom coup against Efromovich in 2019. It is currently under the direction of Kingsland Holdings. The pandemic has afflicted the international aviation industry and has been the cause of big losses within it. The airlines’ plight is further propelled by the government-imposed travel restrictions and confinement measures to reduce the spread of the virus. According to the International Air Transport Association, global air travel has reduced by 90 percent. The body anticipates that Latin American airlines will lose 15 billion dollars (£12 billion; €13.9 billion) (due to the ongoing crisis) in revenues this year, making it the biggest drop in the industry's history. 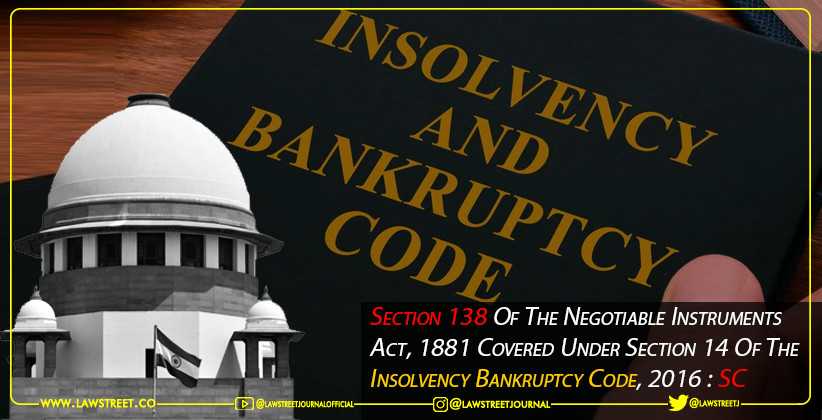 Judiciary Mar 02, 2021 Namya Bose ( Editor: Ekta Joshi ) 2 Shares
2 Shares
On Monday( March 1, 2021), the Supreme Court held that criminal proceedings for dishonour of a cheque under Section 138 of the Negotiable Instruments Act, 1881 against the corporate debtor is covered under section 14 of the Insolvency Bankruptcy Code (IBC), 2016.Justice RF Nariman says, “We hold that a Section 138/141 NI Act proceeding against a corporate debtor is covered by Section 14(1)(a) of the IBC” The Three-judge bench of the Supreme Court comprising of Justices RF Nariman,...
Read full post