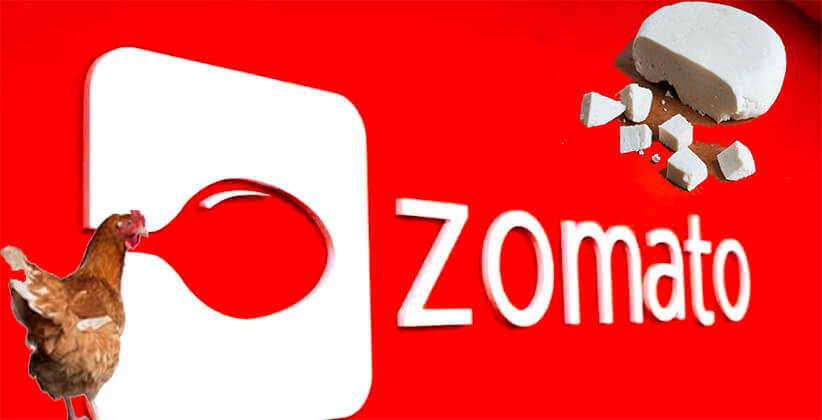 A Consumer Court in Pune has recently slapped a Rs 55,000 fine on Zomato and a hotel for delivering non-vegetarian food instead of vegetarian to a city-based lawyer who was observing a fast.

According to reports, Shanmukh Deshmukh was delivered the non-vegetarian food twice while he was fasting.

A Bench of the Additional District Consumer Disputes Redressal Forum in Pune while hearing the complaint directed Zomato, the online food delivery provider, along with Hotel Preet Punjabi Swad in Hinjewadi area, to pay the entire fine within 45 days.

Of the total fine of Rs 55,000, Zomato along with the hotel have been asked to pay Rs 50,000 for deficiency in service and the remaining amount for physical and mental harassment.

The lawyer, who works for the Nagpur Bench of the Bombay High Court, had ordered paneer butter masala from the eatery through the Zomato app on May 31, 2019.

However, instead of paneer butter masala, he received butter chicken. Since the curries of both dishes look alike, he didn't realise it was a chicken dish and ate it.

When the lawyer confronted the Zomato delivery boy and the hotel for sending him the wrong food, the hotel agreed to replace the dish. With another receipt of paneer butter masala, Deshmukh again received butter chicken.

Later, he issued notices to both the companies for hurting his religious sentiments by intentionally sending non-vegetarian food to him. However, neither Zomato nor the hotel responded to them leading the lawyer to approach the Consumer Court.

Before the Consumer Court, Zomato submitted that the man's complaint was intended for defaming the company while it had already refunded the complainant's amount. They said that the responsibility of supplying wrong dishes is of the hotel.

On the other hand, the hotel admitted the mistake of sending the wrong dish twice.