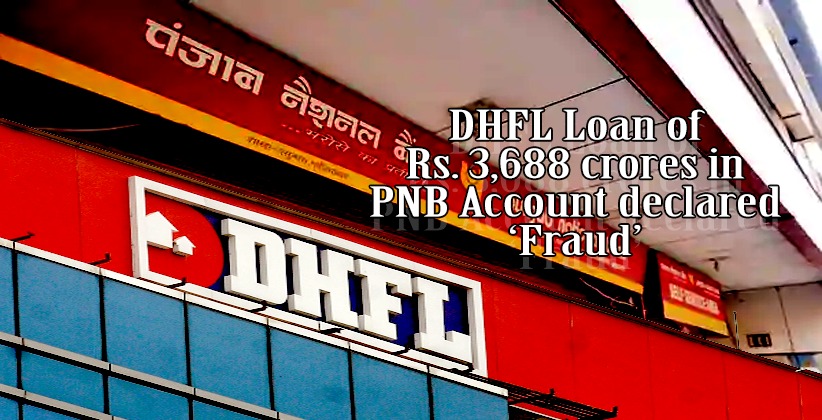 On Thursday, 9th July 2020, State-Owned Punjab National Bank reported a fraud of Rs. 3,688.58 crores in the NPA account of Deewan Housing Finance Ltd (DHFL) to the Reserve Bank of India.

The DHFL came in the eye of the storm after a report found that the firm, via layers of shell firms, allegedly siphoned off Rs 31,000 crores out of a total of Rs 97,000 crores bank loans. An exchange filing dated 9th July 2020, said: “A fraud of Rs 3688.58 crores in the NPA account of Deewan Housing Finance (DHFL) at Large Corporate Branch at Mumbai, Zonal Office, Mumbai. A fraud of Rs 3688.58 crores is being reported by the bank to RBI in the accounts of the company (DHFL).”

Besides, the filing undersigned by Company Secretary Ekta Pasricha reported that the bank has already made provision for Rs 1246.58 crores in line with the prescribed prudential laws, which conform to the SEBI Regulations. As per the SEBI regulations, 100 percent provisioning is required in fraudulent accounts for four quarters, and PNB has so far provided Rs 1,246 crores.

State Bank of India (SBI) and Union Bank of India (UBI) have already declared DHFL to be a fraud account, while private lender IndusInd Bank has also reportedly taken similar steps. DHFL has accumulated a debt of over Rs 85,000 crores and its promoter Kapil Wadhawan is believed to have laundered large amounts of money to make a deal with gangster Iqbal Mirchi. The Ministry of Corporate Affairs has initiated a Serious Fraud Investigation Office (SFIO) probe into the company. The Enforcement Directorate is also probing the company. In November, Reserve Bank of India (RBI) sent DHFL, a distressed mortgage lender for bankruptcy proceedings, rendering it the first financial services player to go to NCLT for potential debt settlement.

In a separate statement, the Bank's Board of Directors approved the raising of capital by the issue of equity shares and Basel III-compliant Tier 2 bonds by private placement, Qualified Institutions Placement (QIP), the issue of rights, FPO or any other form up to Rs. 10, 000 crores. PNB reported a net loss of Rs. 697.20 crores in the quarter of March versus a loss of 4749.64 crores a year ago. Total income rose by 11, 29 percent to Rs. 16, 388, 32 per year. Since the beginning of the year, PNB stock has lost 46per cent while the Sensex lost 11per cent. From the lows hit in May, the stock gained 33 percent, while Sensex gained 21 percent.