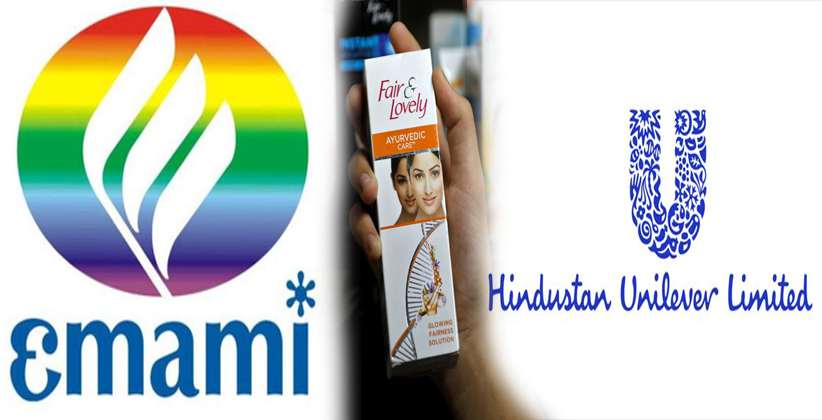 In an exchange filing on Thursday, 2nd July 2020, Hindustan Unilever Ltd. stated that it has renamed its best- selling fairness products ‘Fair & Lovely’ as ‘Glow & Lovely’. This came days after it decided to eliminate nomenclature that propagated racial stereotypes. The men’s range of the product will be called ‘Glow & Handsome’. Emami Ltd. did not appreciate this initiative. Emami threatened legal action against Hindustan Unilever Ltd. as the company had already changed the name of its men’s fairness cream to ‘Emami Glow and Handsome’ and had launched the product on the digital platform last week.

Hours after HUL exchange filing, Emami stated, “We are shocked to learn of HUL’s decision to rename its men’s range of Fair & Lovely as ‘Glow & Handsome’. Emami, maker of ‘Fair and Handsome’ brand of men’s grooming products is the market leader in the men’s fairness cream with legal ownership of the trademarks.” It added, “Although shocked, we are not surprised to note HUL’s unfair business practice, which has been prevalent time & again to damage our brand image. It goes to prove Fair and Handsome’s strong brand equity in the market that the competition is wary of.”

An HUL spokesperson said in an emailed statement, “We don't wish to make any comment on the statement made by them (Emami). We are fully conscious of our rights and our position. We will protect it fully in all appropriate forums.”

On 25th June 2020, HUL stated that it would remove the terms “fair”, “whitening” and “lightening” from Fair & Lovely's packaging and marketing material and feature women of all skin tones in future advertising campaigns. The Brand markets products in Bangladesh, Indonesia, Thailand, Pakistan, and elsewhere in Asia. Unilever Plc. stated that they will continue to produce and market the cream.

The rebranding will be expensive. It's possible that HUL would need a large media campaign to win back customers who pose a short-term risk to their earnings in that particular segment. Jefferies analysts Vivek Maheshwari and Kunal Shah addressed their clients in a note, “Purely from a business perspective, there will be uncertainty as consumer acceptance will hold the key. We recall around 2012, HUL changed the Fair & Lovely cream color from white to pink along with a packaging change, which met with a push back from the consumer.”

Brand Consultant Santosh Desai, on speaking about this change in name said that the word ‘glow’ has historically been a surrogate for ‘fair’. He stated, “I honestly don’t see a big change. I also don’t know what being inclusive about skin tones means, given the fact that the promise is to go from darker skin to fairer skin,” he told BloombergQuint over the phone. “In that sense, both skin tones were included. If the benefit that you’re offering is to change the skin tone, I don’t know what being inclusive of skin tones mean.”

Alpana Parida, managing director at DY Works, a brand consultancy, said that this move may give an opportunity for competitors in the fairness cream segment. She stated, “The brand’s key proposition has always been fairness. Fairness was clear, you could become a few shades lighter. For the same brand to now stand for glow there is no meaning there. They need to be able to explain what that benefit is.”