Home Business Google Pay App does not require RBI authorization as it is not a PSO but a third-party application provider: Google to HC
Business 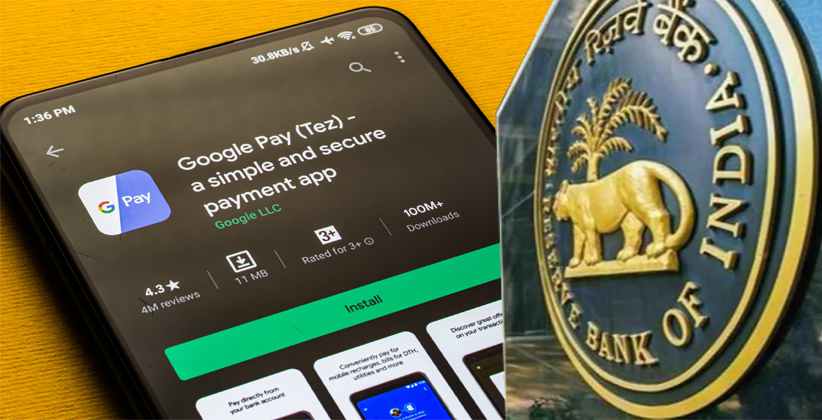 Google India Digital Services Pvt Ltd has told the Delhi High Court that its Google Pay app does not require RBI authorization as it is not a payment system operator (PSO) but a third-party application provider. Google, in an affidavit, has said the PSO authorized by the Reserve Bank of India (RBI) is the National Payment Corporation of India (NPCI) which is the owner and operator of the entire unified payment interface (UPI) network.

The National Payments Corporation of India (NPCI) has said that Google Pay is an authorized app and the payments made through it are fully protected.

In a statement, the electronic payment and settlement systems infrastructure provider, NPCI, said that the Reserve Bank of India (RBI) has authorized it as a payment system operator (PSO) of the Unified Payments Interface [UPI] platform and NPCI in its capacity as PSO authorizes all UPI participants.

It said that Google Pay is classified as a third-party app provider (TPAP) that also provides UPI payment services like many others, working through banking partners and operating under the UPI framework of NPCI. All authorized TPAPs are listed on the NPCI website.

"All transactions made using any of the authorized TPAPs are fully protected by the redressal processes laid out by applicable guidelines of NPCI/RBI and customers already have full access to the same," the NPCI statement said.

The clarification comes amid social media buzz that the problems and issues arising while transferring money through Google Pay cannot be redressed under law as the app is unauthorized.

NPCI has rejected such claims saying that all authorized TPAPs are already bound by full compliance to all the regulations and applicable laws in India.

It added that the UPI ecosystem is fully safe and secure, and appealed to the citizens not to fall prey to such malicious news.

"We also request UPI customers not to share their OTP (one-time-password) and UPI pin with anybody,” NPCI added.

The affidavit was filed in response to a PIL which has alleged that Google’s mobile payment app, Google Pay or GPay in short, was facilitating financial transactions without the requisite authorization from RBI.

On July 22, a bench of Chief Justice D N Patel and Justice Prateek Jalan listed the matter for further hearing on August 31 after the petitioner sought time to respond to Google’s affidavit.

Petitioner Abhijit Mishra, a financial economist, has claimed that GPay was acting as a payments system provider in violation of the Payments and Settlements Act as it has no valid authorization from the central bank of the country to carry out such functions.

Mishra has also contended that GPay does not figure in NPCI''s list of authorized ''payment systems operators'' released on March 20, 2019.

Google has contended, in its reply filed through advocate Himanshu Vij, that it works within the NPCI regime and complies with its guidelines and the applicable laws.

It also said that it will take steps to comply with the RBI''s March 17, 2020 ''Guidelines on Regulation of Payment Aggregators and Payment Gateways'' which mandates that entities providing merchant services, like Google Pay, get registered with the central bank.

Google has also said that it is complying with RBI''s 2018 '' data circular'' which mandates that all system providers have to ensure that entire data relating to payment systems operated by them are stored only in India.

Google said it is complying with the circular, even though it is only applicable to system providers and not service providers like itself.

RBI had earlier told the court that Google Pay is a third-party app provider (TPAP) and does not operate any payment systems.

Therefore, its operations are not in violation of the Payment and Settlement System Act of 2007, RBI had said.

RBI had also told the high court that since Google Pay does not operate any payment system, it does not find a place in the list of authorized payment system operators.

Earlier, Google Pay India had also said it operates completely within the law. “We work as a technology service provider to partner banks, to allow payments via UPI. UPI apps in the country are categorized as third-party apps, and are not required to be payment systems operators,” it had said in a tweet.

“All transactions made via Google Pay are fully protected by redressal processes laid out by applicable guidelines of the RBI and NPCI, and users can reach out for any help 24/7through Google Pay customer care,” it further said.

Lawyers Cannot Claim Any Legal Right To Use Local Trains To Travel To Court Or Offices: Maharashtra Gov. to Bombay HC