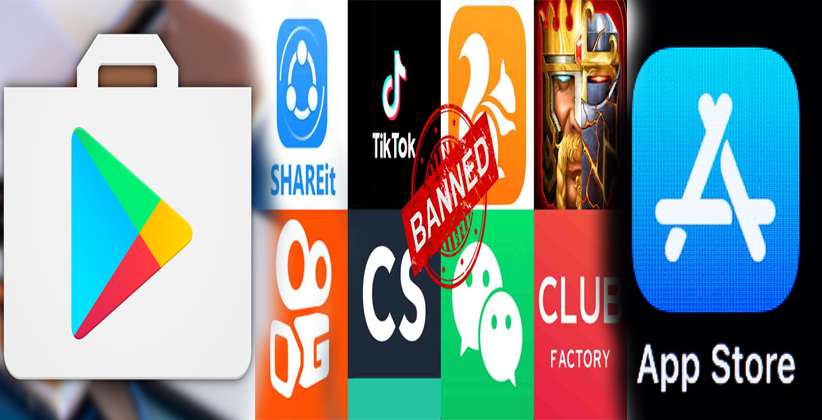 Days after India banned 59 Chinese apps for security concerns, most of these apps have been taken down from Google Play Store and Apple App Store- blocking their access to mobile phone users in the country. Chinese apps removed from the Play Store and the App Store include UC Browser, Xender, SHAREit, WeChat, Tiktok, CamScanner, and Mi Community.

"While we continue to review the interim orders from the Government of India, we have notified the affected developers and have temporarily blocked access to the apps that remained available on the Play Store in India," a Google spokesperson said.

Google said that it has temporarily blocked access to the banned apps on its India Play Store. However, the spokesperson did not disclose details of the apps that Google had blocked.

At present, Apple has also taken down applications like Shein, UC Browser, and a few more from the Apple App Store.

According to the Ministry of Electronics & Information Technology, the decision was taken "in view of the information available they are engaged in activities which are prejudicial to sovereignty and integrity of India, defense of India, the security of the state and public order."

“On the basis of these and upon receiving of recent credible inputs that such Apps pose threat to the sovereignty and integrity of India, the Government of India has decided to disallow the usage of certain Apps, used in both mobile and non-mobile Internet-enabled devices. This move will safeguard the interests of crores of Indian mobile and internet users. This decision is a targeted move to ensure safety and sovereignty of Indian cyberspace”, said the Ministry in a press release.

“The Ministry has received many complaints from various sources including several reports about the misuse of some mobile app available on Android and iOS platforms for stealing and surreptitiously transmitting users’ data in an unauthorized manner to servers which have locations outside India. The compilation of these data, it's mining, and profiling by elements hostile to national security and defense of India, which ultimately impinges upon the sovereignty and integrity of India, is a matter of very deep and immediate concern which requires emergency measures”, Ministry said.

“Border hostilities potentially give India room to invoke the national security clause in the WTO (World Trade Organization) rules. Legally the government is well within its rights to impose section 69A, plus there are WTO rules that also empower a country,” Blaise Fernandes, director at Gateway House, said.