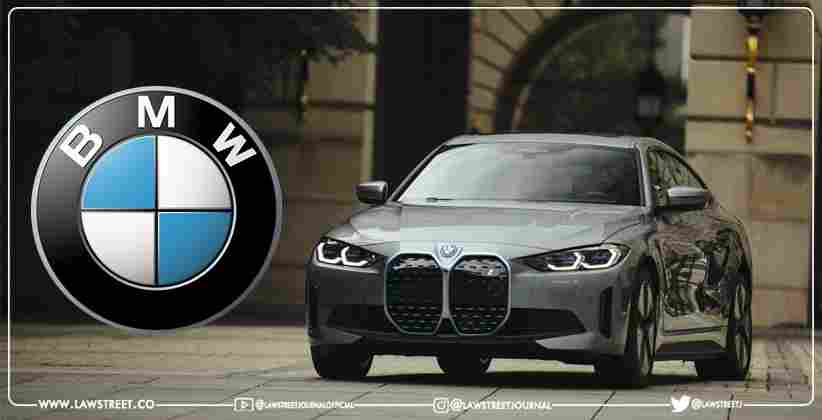 BMW/Appellant has been registered in GST at Gurugram as a State administered taxpayer for running a training centre for the training of Engineers and Marketing professionals etc. They get BMW-branded vehicles made in the Chennai plant as inter-state stock transfers on which IGST and Compensation Cess have been paid, and use these vehicles for 'a very limited period of about 12 months'.

BMW has sought an advance ruling on the issue of whether the unit of BMW is entitled to avail the Input Tax Credit (ITC) of IGST and Compensation Cess paid on receipt of cars (on stock transfer basis) for use in relation to business activities and onwards supply to dealers after use for a limited period of time.

The Authority of Advance Ruling (AAR) ruled that in the motor vehicle industry, demonstration vehicles are an indispensable tool for the promotion of sales by providing trial runs to customers. These demo cars are used for demonstration purposes for prospective customers, and after a specific period of time, they are sold off for their book value, paying the applicable taxes at that point of time.

The AAR observed that the specific provisions regarding the admissibility of the input tax credit on motor vehicles for transportation of persons up to a seating capacity of not more than 13 persons are contained in Section 17(5) of the CGST Act 2017.

The appellant has challenged the order of the AAR and stated that the ruling was vague or cryptic. BMW was entitled to take ITC as the vehicles were further used for specified taxable supply under section 17(5)(a)(i)(A) of CGST Act.

The AAAR observed that if the argument of the party is allowed, then in that case, all motor vehicles, irrespective of the nature of supply, will be eligible for ITC across the industries. It will no longer be a restrictive clause for car dealers, but will be an open-clause for all the trade and industry to avail of the ITC on all the vehicles purchased by them. This has never been the intent of Parliament.

The AAAR ruled that in the very first demonstration run, demo cars lose the character of the new motor vehicle, and demo vehicles are sold akin to second-hand goods, which are different from new vehicles and accordingly treated differently under GST law, so the demo car is not an input.

"The BMW vehicles received by the Appellant under stock transfer have never been received with the intent to simply 'further supply of such motor vehicles/'sell as such'. The Input Tax Credit on these vehicles, therefore, cannot be allowed," the AAAR added.