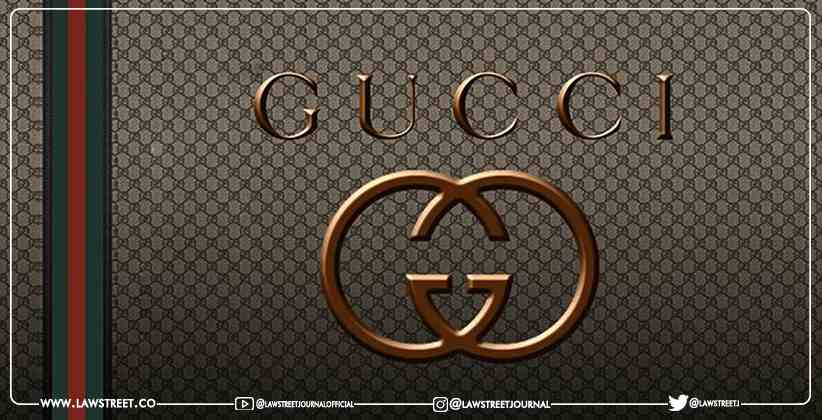 Gucci, the giant luxury fashion house, recently filed a case for trademark infringement against Intiyaz Sheikh, who runs a company named Shipra Overseas in Delhi, for using the Logo of the company, which is green with red stripes along with the mark "GUCCI" on his products.

The plaintiffs' counsel, Advocate Shashi P. Ojha, held that the defendant was infringing their rights as they were using the trademark and Logo, which belonged to GUCCI since 1921. The suit has been filed through Mr. Rakesh Chabbra, the duly Constituted Attorney of the plaintiff company.

The representative of the plaintiff highlighted the point that the company has made a space for itself all over the world, including India, creating an identity of being a "quality and standard product."

It was also noted that by virtue of long, continuous, and extensive use all over the world and the promotion of the GUCCI goods with the mark "GUCCI" the plaintiff company has earned substantial goodwill and reputation worldwide. The plaintiff leather bags and other products with mark "GUCCI" are one of the most well-known and sought-after luxury products in the world and are recognized the world over for their quality.

It was also noted that during a market survey in April 2019, it was found by Gucci's field representatives that the defendant was illegally manufacturing, and stocking products forged in the name of the brand. As evidence, the representatives also produced pictures of the defendants selling the counterfeit products, which amounted to copyright and trademark infringement.

The defendant was found to be  malafidely  indulging in manufacturing  socks, tag/labels, and its packaging material by copying the plaintiff's "Logo" and mark "Gucci" and which in view of the nature of Logo and mark adopted could not have been a mere  coincidence.

The counsel also argued that this suit was commercial in nature and fell under Section 2(1) (c ) of the Commercial Courts Act, 2015.

The defendant's absence during the proceedings of the Court resulted in an Ex-parte decision in favor of the plaintiff. In this regard, the Hon'ble judge stated that the choice of the defendant to not appear for the proceedings was deliberate despite being aware of the case.

The plaintiff approached the Court of District Judge Bharat Parashar, seeking justice against this infringement. As per the judgment, a permanent injunction was passed in favor of GUCCI. It was held that the defendant deliberately chose not to participate in the present proceedings despite having due knowledge of the pendency of the present suit.

The presiding Justice Bharat Parashar stated, "I do not find any reason to disbelieve the claim of plaintiff either as regard user of its mark "GUCCI" and Logo since long and also registration of its mark in India. I have also no reason to disbelieve that plaintiff company has acquired very high goodwill, exclusivity, distinctiveness and unique identity with respect to the products manufactured by it carrying the impugned mark and Logo."

The Court also passed the order for the defendants to pay Rs. 2 Lakh in the form of damages to the plaintiff and Rs. 1.66 Lakh as cost.

The Court further held that the defendant has to hand over all the forged products to the plaintiff in order for them to be destroyed.

Lastly, a  decree for   permanent   injunction was passed restraining Defendant,  its proprietor/partners, from manufacturing, trading, selling, supplying, marketing, or dealing in any another way,   any under the mark –-and mark "GUCCI" and using the said Logo or mark as their trademark or any which is deceptively similar to the Plaintiff mark.