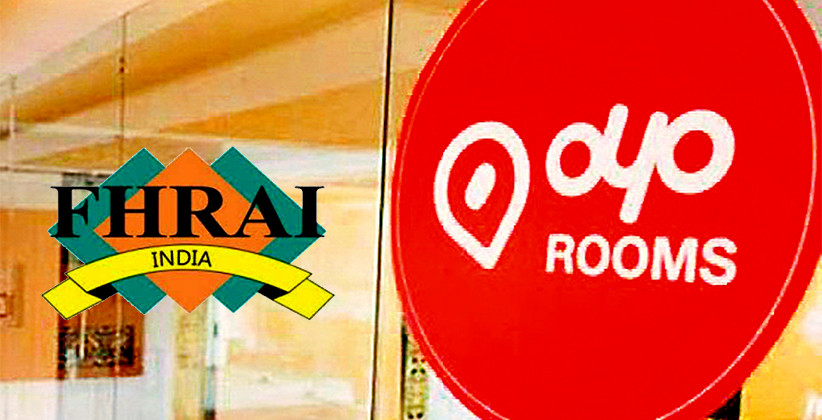 The Federation of Hotels and Restaurant Association of India (FHRAI) has reportedly filed a complaint with the Competition Commission of India (CCI) against SoftBank backed company OYO. The hotel body has alleged that three months after OYO promised its partners an 18% interest on delayed payments and launched complaint redressal solutions, the issues continue to be unresolved.

“The kind of muddling that OYO has done with the hospitality sector is antagonising. In the race to secure funding from investors, it has tweaked and tugged at every possible avenue at the expense of a hotel’s reputation and future. No hotel or business wishes to turn down opportunities that may translate into revenues, but the environment created by OYO has left hoteliers with no choice but to cut ties with it,” said Pradeep Shetty, honorary joint secretary at FHRAI.

Hotel owners have accused OYO of levying new charges on partners over the past two months on an ad hoc basis. They said the commission rates are as high as 30% in some cases. “OYO had first said there would be no hidden charges, but rules began to change almost every month. Besides convenience fee and charging us on walk-ins and online payments, from this month, they will charge us extra depending on the ratings guests give us. It has come to a point where we are no longer able to even manage offsetting our internal expenses,” said Harish, owner of Hotel VT Residency in Bengaluru.

Harish said he and his partner have nearly 30 hotels in tie-up with OYO in Bengaluru and they have asked the Ritesh Agarwal-founded company to take corrective action. “We plan to organise a bigger show of strength with around 550 hotels from Bengaluru in near future if they do not pay heed to our requests,” he said.

FHRAI said it is advising its members to legally terminate contracts if they so desire and ensure that travellers do not suffer. “We would not like to offer comments as the matter is pending with the CCI,” said an OYO spokesperson.

On June 19, 2019, the Delhi High Court in the case of Oravel Stays Private Limited v. Hotelier Welfare Association and Ors., has restrained the hoteliers welfare association from issuing any notices or boycotting and banning hospitality company OYO Rooms. The case developed after hotel asset owners from across the country came together to voice their concerns against OYO’s unfriendly business practices.

They had been alleging disregard to agreed floor prices, deep discounting practices, non-transparent charges, irrelevant levies in addition to high-handedness and one-sided enforcement of the contract when it comes to deliverables by the hotel asset owner(s).

The court issued notice to the association on the suit and listed the matter for further hearing on August 5, 2019.

(With inputs from the Economic Times)