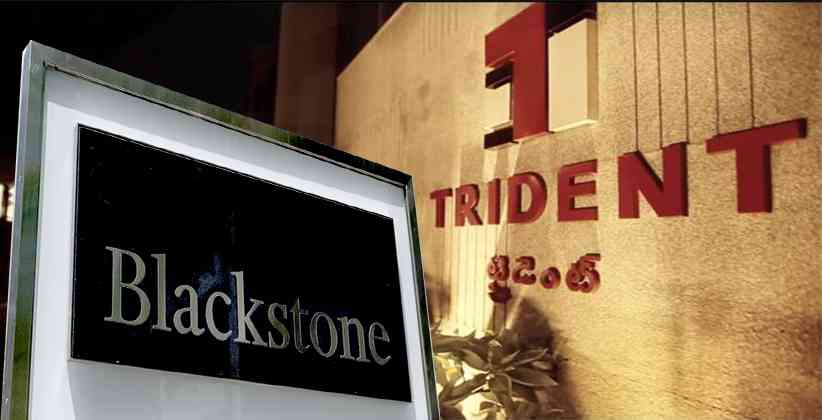 US based Blackstone Group, gets nod from Hyderabad bench of National Company Law Tribunal (NCLT) on February 12, 2020 to acquire Trident Hotel, owned by Golden Jubilee Hotels and managed by East India Hostel (EIH) of Oberoi group, for around Rs. 585 crores, months after lenders cleared its resolution plan.

The bench comprising K Anantha Padmanabha Swamy and technical member Binod Kumar Sinha on Wednesday ordered the approval of the revised resolution plan of Blackstone Group submitted through its entity BREP Asia-II Indian Holdings Co. II (NQ) Pte Ltd. It further dismissed the petitions of promoter Core Hotels, with majority stake of 84% in Golden Jubilee Hotels, to consider its one-time settlement plan and the petition of EIH, which owns 16% equity, to continue it as operations and management entity.

Blackstone agreed to infuse Rs. 384 crores up front to clear the dues of the workers and creditor, apart from committing infusion of Rs. 180 crores towards capital Expenditure. 5-star Trident Hotel, situated in IT corridor of Hyderabad, shot limelight after hosting Ivanka Trump during her participation in the Global Entrepreneurship Summit in November 2017. Bengaluru-based realtor Sattva Group was also among the front-runners with Blackstone for the Hyderabad Trident property being sold under the watch of India’s dedicated bankruptcy mechanism.

EIH opposed resolution plan’s condition which excluding it to continue as the hotel operator and to engage any global hotelier. It submitted to the Tribunal that it, as a 3rd party operator, is neither a promoter of Golden Jubilee Hotels nor was in control of management. The Tribunal responded by saying “EIH being a promoter shareholder having 16% equity of the corporate debtor, cannot be treated differently from the other promoter Core Hotels having 84% of the equity shareholding in corporate debtor.” However, the bankruptcy court left it to the discretion of the successful resolution applicant Blackstone Group to consider EIH as a potential hotel operator, “provided EIH will play its role purely and exclusively as an operator and does not indulge in or interfere with the management of the affairs of the corporate debtor and in any of the decision making process in the course of its business.”