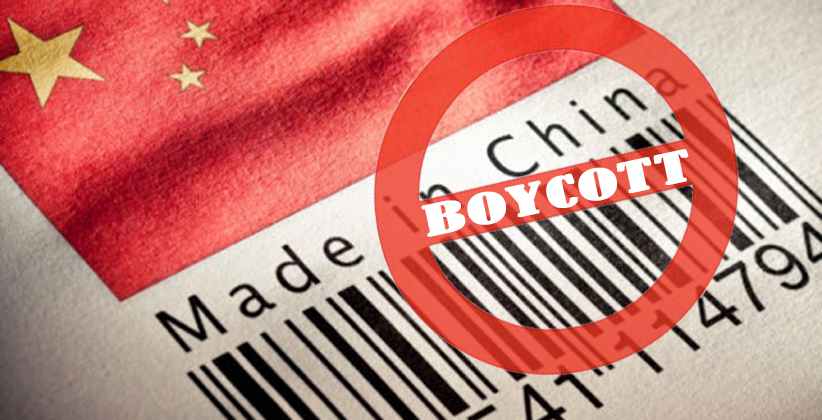 The outcry for boycotting Chinese-made products rose to a crescendo after 20 Indian soldiers lost their lives on 15th June 2020 during a skirmish in a narrow, barren river valley in the newly formed union territory of Ladakh.

As the call for a boycott of Chinese products continues to lead the way – social media charts, globally renowned trade analysts, veterans of Indian industry, and seasoned policymakers agree that export channel retaliation is easier said than done.

According to a trade economist and former Niti Aayog VC, Arvind Panagariya, the political push to use local goods has been attempted in many countries including the US, but without much impact.

He stated, “People are smart and they know how to spend their money smartly.” Uday Kotak, the newly elected President of CII (Confederation of Indian Industry), said that the customer's choice of a product will continue to be influenced by his or her needs.

Panagariya further added, “Each consumer has a choice. If a customer decided to buy online Instead of going to a mall or a shop, the consumer is making that choice. I do not believe that the government is asking or forcing people not to buy from China. If people of India take a call that this is a consumer product of quality that makes sense to them they are making that choice out of their free will.”

While the Indian Government has not officially endorsed a boycott call for items manufactured in China, it has bundled a range of initiatives aimed at promoting locally produced items in the form of the AtmaNirbhar Bharat campaign. So far, the government has clarified that the campaign's policy initiatives would encourage indigenous industrial potential and would not be of a protectionist type. But policy experts warn that any knee-jerk action to restrict imports from China will end up affecting the same domestic industry that the government is seeking to nurture.

In throwing light on the issues, Former industry secretary Ajay Dua stated, “Lot of Imports from China are critical sector be it pharma industry where we get our APIs from and thereafter, we export to the rest of the world. The same is the case with automobiles. We have established our prowess in automobiles but just 4 percent of imports from China (in auto components) are related to critical items. If these 4 percent items don't come many of our auto, mobiles won't be manufactured.”

The pharma Industry veteran Kiran Majumdar Shaw argued that, instead of being reactionary, India should concentrate on furthering its relations with China. He said, “There is an axis that is pivoting away from China and it seems it is pivoting towards India. But that doesn't mean that India should cut itself away from China because we also can be very smart. I think we should be in a position to partner and collaborate with anyone and everyone as it suits us. That is the balance we need to keep.”