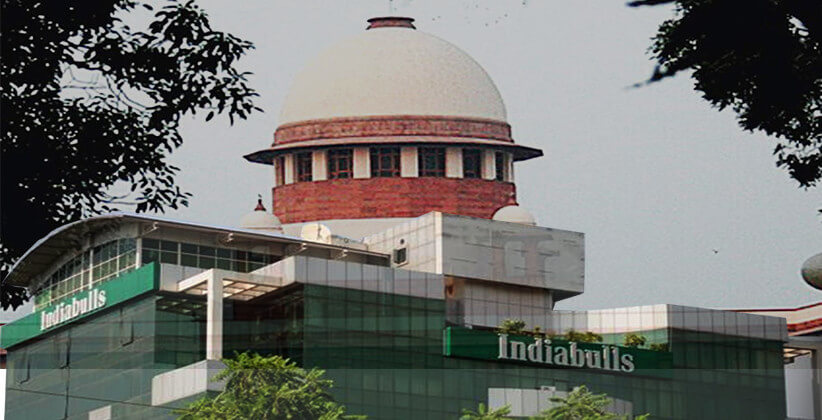 The matter was mentioned before a Vacation Bench of Justices Indira Banerjee and Ajay Rastogi.

Senior Counsel Abhishek Manu Singhvi, arguing for IndiaBulls, told the Supreme Court that the petition filed by one of its shareholders, Abhay Yadav, makes frivolous allegations against the company and was used as a tool to blackmail it through the judicial process.

Singhvi told the Bench that this plea has been filed for "blackmailing tactics" and it is a "noble way of defaming" the company as the petitioner, after filing the petition, leaked it to the media due to which they have incurred a loss of Rs 7,000 crore of its market share in two days.

"I (IHFL) am a respondent (in the petition) and I am taking a risk by requesting for urgent listing. Please list this petition for hearing as we are incurring huge loss," he told the Bench.

The petition states that IHFL Chairman Sameer Gehlaut, along with other Directors of the company, siphoned off around Rs. 98,000 crore for their personal use. It was also claimed that Gehlaut, along with an NRI based in Spain, created shell companies to which loans were disbursed by IHFL on bogus pretexts. Gehlaut also received kickbacks and misled the regulating authorities, the petition states.

When the matter was mentioned in the morning session, Singhvi submitted that the petitioner claims to be a milk vendor who purchased a few shares in the company a few weeks back.

The Bench told Singhvi that it will take a decision during the day on listing of the petition.

"We will check it up about what is the procedure which is to be followed. Filing of a petition is permitted but for listing it before the vacation bench, the matter has to be urgent," the Bench said.

When the Bench reassembled again, it pointed out that the petition was still in the stage of curing defects.

The Court also pulled up the petitioner, saying that while some prayers were for directions to IHFL, the company was not made a party in the case.

The Court thus concluded that the matter will be listed not before July, after the defects in the petition will also stand cured.