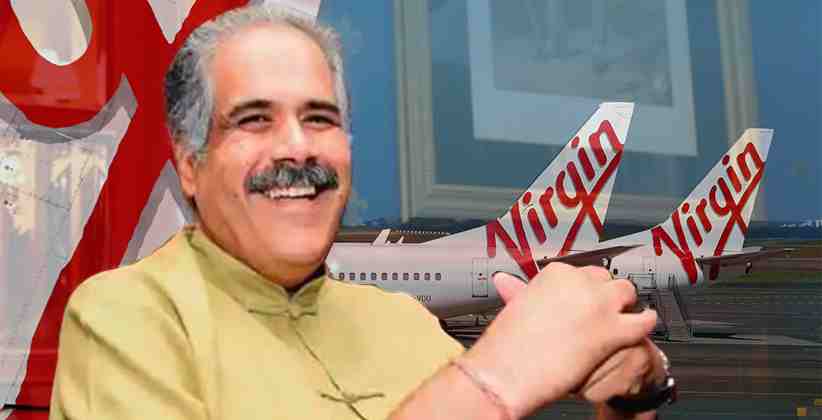 Indian aviation tycoon Rahul Bhatia is considering an investment in Virgin Australia Holding Ltd., joining a line of interested suitors seeking to capitalize on Asia’s first airline casualty from the coronavirus pandemic, as stated by sources.

Bhatia, who is the co-founder of the Indian budget airlines - IndiGo is currently evaluating data for the Australian Airline and is zeroing-in on an investment strategy. The proposal is being prepared by Bhatia’s private holding company InterGlobe Enterprises Ltd. and is independent of IndiGo.

In addition to Bhatia, Canadian investment firm - Brookfield Asset Management Inc. is also eyeing the bid and is expected to roll out its own indicative offer before the end of this week. The Canadian company may team up with other bidders in the process but has not divulged much information for now.

No final decisions are made, and the deal is only at a deliberative stage at present, as stated by sources. While Brookfield’s interest was reported earlier by the Australian Financial Review through unidentified sources, neither the Canadian Firm nor Bhatia have officially confirmed their plans to bid for Virgin Australia.

So far, Virgin Australia has attracted at least 20 potential buyers as its administrator, Deloitte, aims to sell the airlines expediently, within two months of its collapse. Deloitte is seeking initial bids by Friday and will let out binding offers in June while sealing a deal by the end of the same month.

The Australian airline founded by Richard Branson collapsed during the coronavirus lockdown while owing A$6.84 billion ($4.4 billion) to more than 10,000 creditors. Under the leadership of Chief Executive Officer John Borghetti, who took to the chair in 2010, the airline transferred itself into a full carrier service, however, the heavy investments made it sink into losses. Paul Scurrah, who assumed charge of the company in 2019 had plans to turnaround the airline’s position, however, the pandemic forced it to shut shop with little hope for recovery.

According to the Australian Financial Review, the Indian proposal aims to relaunch the airline as a low-cost carrier to return it to profit. However, the proposal to operate Virgin as a low-cost carrier may run into opposition in Australia since such a strategy would hand almost all the corporate and business-class market to Qantas, which itself owns budget carrier Jetstar. As per sources, the Australian government is in favor of the airlines resuming as a full-service carrier.