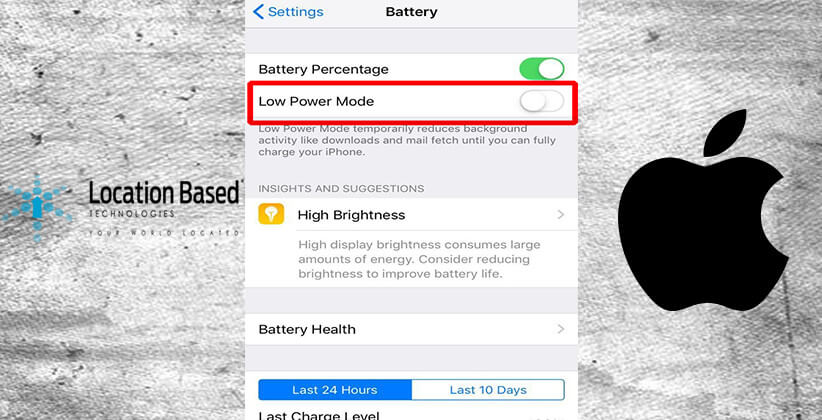 Location Based Technologies (LBT) has sued Apple for an alleged patent infringement tied to the ‘low-power mode’ and ‘facedown detection’ features in iPhones and iPads.

The lawsuit filed against Apple claims that their mobile products that include a ‘low-power mode’ feature that reduces or stops certain background activities like GPS functionality in order to conserve battery life, infringes on LBT’s long standing technology, Patently Apple reported on July 2, 2019.

LBT that markets a range of GPS devices under the PocketFinder banner has sought unspecified damages and legal fees from the iPhone-maker.

Filed with the US District Court for the District of Delaware, LBT’s lawsuit leverages five patents against Apple, each of which deals with related power-saving features for portable devices. In June, LBT in a notice had informed Apple of the potential infringement.

Apple had introduced ‘low-power mode’ and ‘facedown detection’ back in 2015 with iOS 9.

The ‘low-power mode’ was introduced to modify the amount of background energy of the device when its battery gets 20 per cent or lesser and ‘facedown detection’ feature identifies the device’s orientation when it’s placed face down on a surface and forgoes lighting up the screen when a push notification arrives.