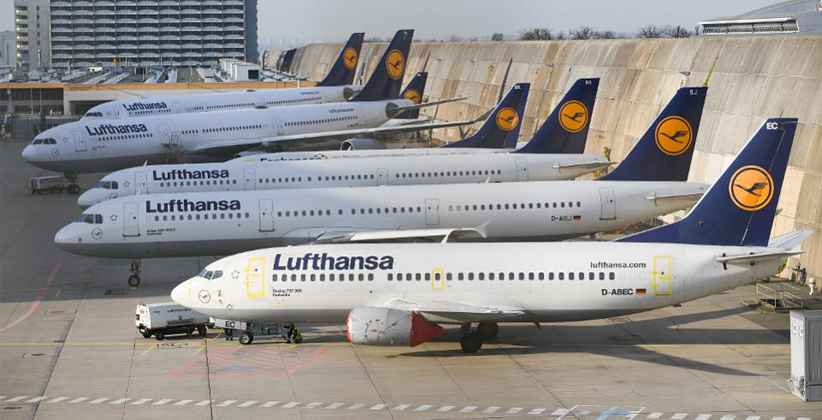 Business Jun 03, 2020 Ishita Joshi ( Editor: Ekta Joshi ) 6 Shares
6 Shares
On Tuesday, 2nd June 2020, the supervisory board of Lufthansa airlines has nodded to a € 9 billion ($10 billion) government bailout plan thrashed out between the German Government, the airline, and the European Union. The Chairman of Lufthansa Airlines Karl-Ludwig Kley on Monday, 1st June 2020, stated the following to be a very difficult decision. He said, “We recommend that our shareholders follow this path, even if it requires them to make substantial contributions to stabilizing their company.”

Deutsche Lufthansa AG shares rose as the largest carrier in Europe cleared much of the obstacles to a loan worth EUR 9 billion ($10 billion) from the German government. Stocks gained as much as 8.3 percent and were sold 6.6 percent higher at 9.75 Euros as of 9:04 a.m., Tuesday, 2nd June 2020, the first day of trade on the Frankfurt bourse since last week. Hurdles to the rescue came crashing down late Friday, 29th June 2020, with Lufthansa agreeing to hand over operating slots at its main hubs to win support for the deal from the European Union. The compromise was agreed by the airline's Supervisory Board in a vote on Monday, 1st June 2020.

Lufthansa is pursuing emergency assistance after the Covid-19 pandemic struck a decades-long aviation boom, suspending planes, and reducing cash reserves. After the crisis, the company expects its fleet to be 100 smaller aircraft, resulting in a loss of 10,000 jobs.  While investors still need to vote on a package that will dilute their holdings at the meeting 25th June 2020, analysts say that they are likely to approve it rather than see Lufthansa slide towards insolvency. The EU still needs to approve other aspects of the deal that will make Lufthansa Germany the largest shareholder, bringing the state back to the heart of a company privatized with fanfare over two decades ago.  In the context of an agreement with the EU, Lufthansa must decrease its involvement in Frankfurt and Munich by four aircraft apiece and forfeit adequate slots for 12 regular return flights, giving potential rivals a toehold at its fortress hubs. Deutsche Lufthansa AG, commonly referred to as Lufthansa, is the largest German airline which, when combined with its subsidiaries, is the second-largest airline in Europe to carry passengers. In addition to its airlines and its other commercial carrier divisions, Austrian Airlines, Swiss International Air Lines, Brussels Airlines and Eurowings (referred to as Lufthansa's Passenger Airline Group in English), Deutsche Lufthansa AG controls many airline businesses, such as Lufthansa Technik and LSG Sky Chefs, as part of the Lufthansa Group. A bailout is a general term for the provision of financial assistance to a business or nation experiencing a possible danger of bankruptcy. It can take the form of loans, currency, shares, or stock purchases. A bailout may or may not involve repayment and is sometimes followed by a greater degree of government oversight and control. Lufthansa will report its first-quarter results on Wednesday, 3rd June 2020. 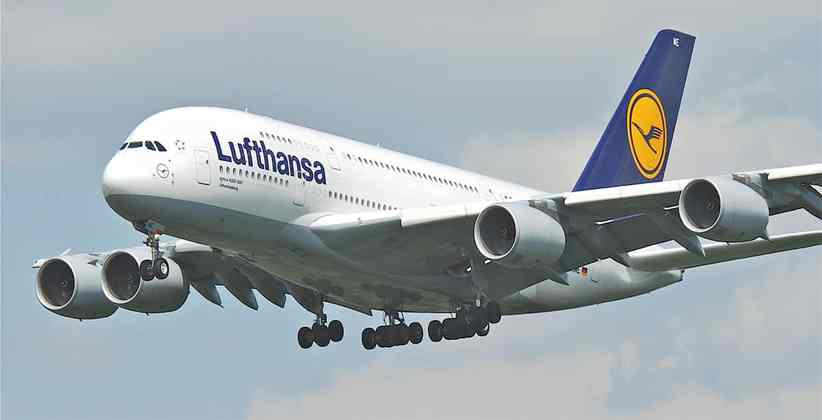 Business Jun 10, 2020 Manthan Pandit ( Editor: Ekta Joshi ) 9 Shares
9 Shares
Lufthansa Group has offered to fly empty flights to India and only carry passengers to destinations in Europe on their outbound flights, senior government officials said on Tuesday, 9th June 2020.Since 23rd March 2020, in India scheduled international passenger flights have been suspended due to the coronavirus pandemic. There is therefore a pent-up demand for international outbound travel, especially among non-resident Indians (NRIs) who are in a hurry to return either for personal or...
Read full post