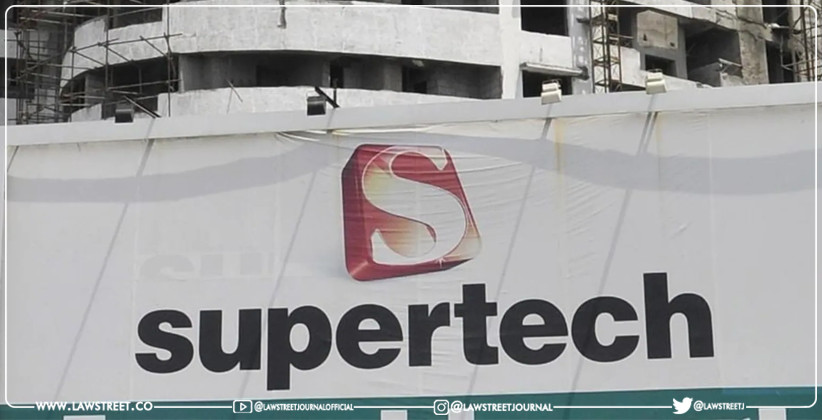 The NCLAT will hear the matter again on April 19.

On the appeal filed by R K Arora, chairman of Supertech Group, NCLAT has issued notice to parties. The IRP appointed by the NCLT will not form COC during stay period.
The proceedings against realty developer Supertech was initiated for default on payment of Rs 431 crore to a consortium of banks.

The NCLT appointed Hitesh Goel as the insolvency resolution professional (IRP) for Supertech, accepting a petition filed by Union Bank of India, one of the consortium members.
Homebuyers had also sought immediate intervention of NCLAT to address their concerns.
Approximately 7000 home buyers belonging to different associations, had sought immediate intervention of NCLAT to allow the promoters of Supertech to carry on construction to meet the construction and delivery timelines.

Naveen Dubey, representative of homebuyers association in Capetown, argued that since default in payment of Union Bank’s dues is in respect of one project of Eco Village-II Project only, other projects should have been delinked from the process.

According to Vinod Pandita and Sandeep Bakshi, representatives of eco village -2 homebuyers association, are also not in favour of IBC and the developer should be allowed to complete as more than 80% of the work has been completed.

The different home buyers’ associations filed Intervention Application in NCLAT against the judgement of NCLT.

Supertech had said the NCLT order would not impact the construction at its ongoing projects or the operation of the company.