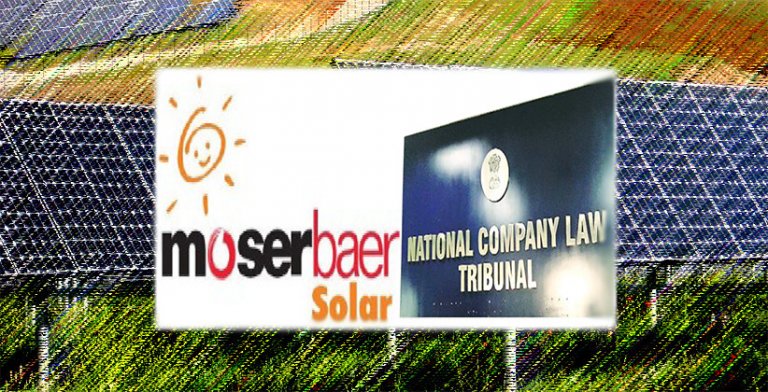 The National Company Law Tribunal (NCLT) has recently ordered the liquidation of Moser Baer Solar as there were no takers for the Delhi-based company during the mandated 270-day period.

The Bench comprising of Justices M.M. Kumar and S.K. Mohapatra rejected the resistance from the committee of creditors, which was refusing to arm the resolution professional with permission to file for liquidation.

In November 2017, Central Bank had referred Moser Baer Solar under the Insolvency and Bankruptcy Code and subsequently, the liquidation value has been estimated at Rs 72.4 crore.

However, despite an extended deadline, the resolution professional could not find any takers. "... in the absence of any resolution plan and for want of time beyond statutory corporate insolvency resolution process period, there is no other alternative but to order for liquidation," the Bench observed.

This is the latest setback for the promoters of the company, after their flagship Moser Baer, which was also taken to NCLT in November 2017, was recently declared a wilful defaulter by Kolkata-headquartered UCO Bank. The company which owes over Rs 4,356 crore to all lenders, has an outstanding of around Rs 122 crore to UCO Bank.

At the time of the order, the liquidation value was estimated at Rs 337 crore, which will result in an enormous loss to the lenders of what was once a flourishing business. In March, the liquidator had started the process of the sale of assets.

Moser Baer, like the solar equipment firm, too did not see any interest from buyers during the resolution process, pushing it into liquidation.