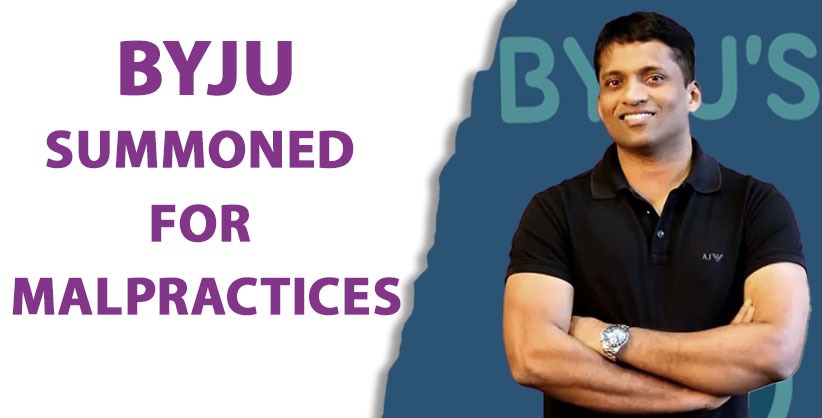 NEW DELHI: The National Commission for the Protection of Child Rights has summoned CEO Byju Raveendran to appear before it on Friday as complaints surfaced alleging that ed-tech giant purchased data, including phone numbers of parents and children, and forced them to buy their courses.

NCPCR chairperson Priyank Kanungo on December 16 wrote to Raveendran stating that the child rights body has noted reports that the company is “indulging in malpractices to lure parents into buying their courses”.

He also said that in these reports, customers have claimed that they were “exploited and deceived”, and the company’s conduct has now put their “savings and futures in jeopardy”.

In a statement, he said, “This is predatory behaviour and is further a violation of the privacy of the children. Despite the education ministry’s advisory on the matter, the company has not paid heed."

In his letter, Kanungo said that the Commission has observed that Byju’s has indulged in “malpractices to lure the parents and children into entering loan-based agreements and then causing exploitation is against the welfare of children”.

“In pursuance of the functions and powers under Section 13 and 14 of CPCR Act, 2005 (Commissions for Protection of Child Rights Act, 2005), the Commission requires you to appear in person before it along with the details of all the courses run by Byju’s for children, the structure of these courses and the fee details, the number of students currently enrolled in each course, the refund policy of Byju’s, the legal documents regarding the recognition of Byju’s as a valid ed-tech company and all other relevant documents regarding the claims made in the news report at 1400 hours on 23.12.2022 to explain the discrepancies,” Kanungo’s letter to Raveendran states.

The letter further stated that if Raveendran fails to comply, he will be subjected to the consequences of the non-attendance as provided in Rule 10 and Rule 12 of Order XVI of the Code of Civil Procedure, 1908, which can land him with an arrest warrant.