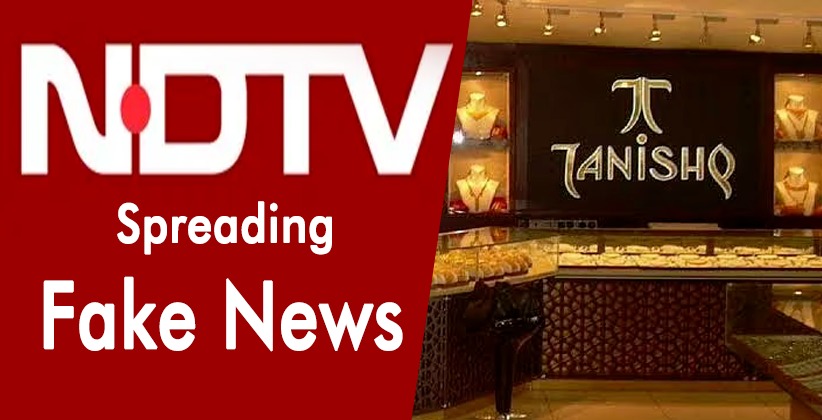 Business Oct 15, 2020 Neha Bharti ( Editor: Ekta Joshi ) 11 Shares
11 Shares
There is a lot of controversy over a Tanishq ad on interfaith marriage. A jewelry store of the brand was reportedly attacked in Gujarat on October 12, 2020, in this regard. However, the news was denied by the BJP IT cell head Amit Malviya.

According to the NDTV report, the store in Gujarat's Gandhidham was attacked on the night of October 12, 2020, and the manager was forced to write an apology letter by the mob. The apologies letter displayed at the Tanishq store read -“Apologies to the people of Kutch district for hurting sentiments of Hindus by broadcasting secular advertisement".  The TV channel reported that the police officer said that there were threat calls but there was no attack. A police officer was quoted as saying by NDTV "Some people had informed the store that the ad was not in good taste and had hurt the sentiment and some great cause has been received the police have been regularly patrolling the area no ransacking writing protest or attack took place". The fake news circulate by NDTV was copied by other news channels but in totality, the news spread by NDTV was fake and wrong.

The ad has triggered an outrage on social media with some accusing that the jewelry brand is promoting the love jihad. Due to this furious backlash the Company on October 13, 2020 withdrawal the film citing hurt the sentiments and the well-being of its staff.  The Company's move promoted intense debate on social media and elsewhere, just as the ad prompted its jewelry collection "Ekavatam"(oneness).   The 43rd-second commercial, which led to the #BoycottTanishq trending on twitter shows a pregnant woman being led to her bridal shower, a Hindu custom call 'godhbharai' by a woman who later realized is her mother-in-law. The young woman in saree and bhindi address the older one in a salwar kurta and the dupatta covering her head as 'maa' and ask "But you don't celebrate this custom". The mother responds with a gentle "the tradition of keeping daughters happy is there in every". Setting the scene of a composite family a woman in a hijab people in saree and a man in a skullcap can be seen in the backdrop.  The description of the video on YouTube "She is married into a family that loves her like their own child only for her they go out of their way to celebrate an occasion that they usually don't a beautiful confluence of two different religions traditional cultures".  This commercial was responded to with debates, angry tweets, threatening demands on the ban of advertisement, and also Boycott of the brand, a Tata product. Tanishq first disabled the comments and likes/ dislikes on the ad on YouTube and on October 13, 2020, withdraw the video altogether.  Fake news spread by the NDTV can lead to adversely impact law and order and intense violence in Gujarat. The news channel must keep precautions in publishing the news by verifying the original source.

Business Aug 22, 2019 Lawstreet News Network 2 Shares
2 Shares
The CBI on August 19, 2019, has lodged an FIR against NDTV promoters Prannoy Roy and Radhika Roy and others for alleged offences of criminal conspiracy and cheating, an allegation denied by the company.Besides the Roys, the agency has also named in the FIR Vikram Chandra as well as unidentified government officials for allegedly violating foreign direct investment (FDI) rules in a 2007-09 investment.Under the CBI scanner are investments made by NCBU, a General Electric company at the time, in...
Read full post 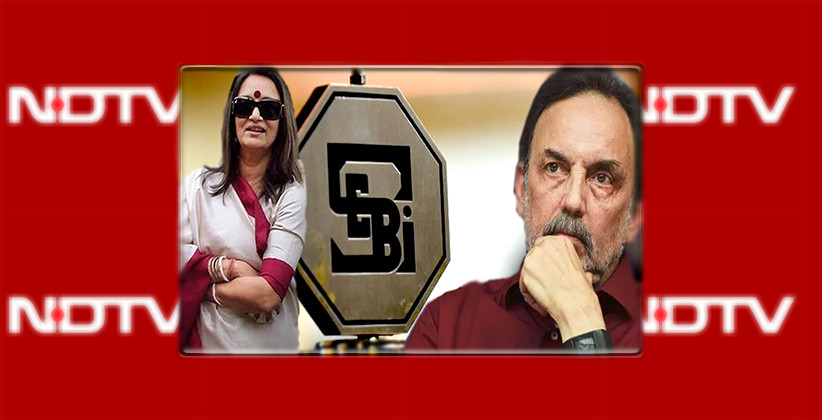