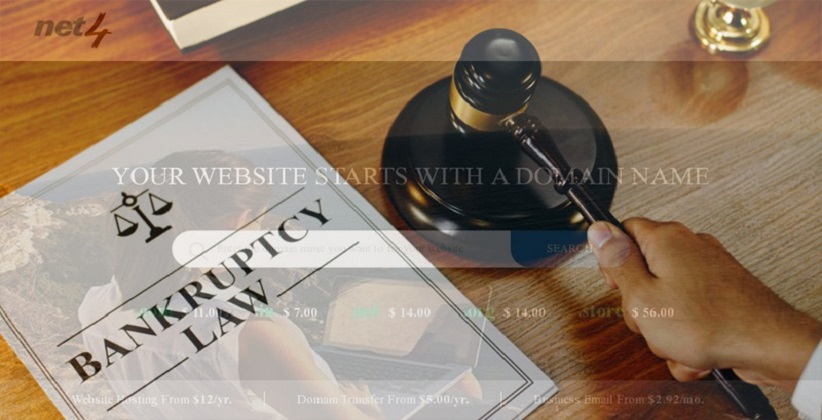 Recently, many start-ups were facing the issue of not being able to access the business website and email address of their domain and were unable to communicate with their clients, thus bringing their business to a standstill. Some of the aggrieved ones are Ruchit Kapadia (DKK Exports), Naresh Gupta (ANR Glocal), Arjun Shah (Shark & Ink), and many more. The common IT complaints started with unable to send their email from their official addresses and when they tried to report the issue, there was no response from the other side.

All of these aggrieved parties had bought their domain names from the Net4 Registrar and in spite of so many efforts by these start-up companies they were unable to reach out to anyone from the Net4, none of the customer care numbers was picking up, no support service was being provided. There was no link to be found on the Net4 registrar for the renewal of their domain names.

This was causing a lot of hullabaloo in the IT-oriented businesses and people started tweeting about similar issues, with respect to lack of access to their domains, unable to renew their domain which brought a halt in the functioning of their businesses. Some of the thought-provoking tweets were made-

One user tweeted, “When India is working virtually, Net4 has vanished illegally, putting thousands in misery in these hard times. Please let us transfer our domains.”

“PM’s digital India is in danger; more than 70,000 domain names are under threat and business associated with them will soon close. Is our IT Minister aware of this?”

The matter got worse when it was noted that the website of Net4 was down for a brief period of time and once the site came up, some people were able to transfer their mail to a different service even though their domain name was registered with Net4, while others were unable to transfer their domain names to other registrars as they had lapsed the time to renew their domain period. The helpless domain holders are crying for help to the IT Minister and Prime Minister, as they are distressed on the prospect of losing their businesses and access to their websites.

WHO IS A DOMAIN REGISTRAR ?

Domain registrars are basically companies who sell domain names to the holders for a specific period of time, usually 1 year which has to be periodically renewed. Some of the registrars also provide other services like website hosting and official mail address, and Net4 was one among them who provided all of these services. The recent issue faced by the domain holders is that they are unable to contact any human operator of the services, phone lines are also not being answered.

CONTROVERSY BEHIND THE NON-FUNCTIONING OF NET4

Net4 was originally an internet service provider in 1985 but it soon transformed into a domain name registrar when the internet service businesses started lessening round the world. There was a moment when Net4 was one of the largest domain registrars of India containing over 1 lakh generic Top-Level Domains such as .com, .net. etc. under its management.

In 2011, Net4 was going through a good wave of business, the profits were getting double, and the company had finished its strategic acquisition and the revenue generated by the company was into hundreds of crores along with proportionate profits, data centers, and offices in 6 cities. But Net4 had taken debt from the State Bank of India starting from 2002 and it had continued for all these years and by the year 2017, the company was under losses and in the same time period, the company was also associated with a large-scale Twitter hack where the company denied any responsibility.

In the year 2013, Net4 was declared as an NPA, Non-Performing Asset and it was sold off to Edelweiss Asset Reconstruction for an amount of 190 crores. Since then the company has witnessed financial issues and even the Managing Director of Net4, Jasjit Singh Sawhney was arrested as he didn’t pay the service tax, collected from the customers. Soon the company was delisted from NSE and BSE and it was also noted that the company was striving hard to even pay for the wages of their employees by the year 2019 and with the upcoming pandemic, the Company stopped giving salaries to their employees.

The insolvency proceedings of Net4 had begun from March 2019 and the hearing is still going on in the NCLT. It has been stated that Vikram Bajaj is appointed to be the “Resolution Professional” for this matter. According to the Domain Incite, it was reported that Net4 has over 1,00,000 domain names under the management as of February 2019. The Net4 website had informed the customers about the delay in their support calls till August 15 but it has been more than a month since the end date provided by the website but no response has been achieved by the support service of Net4. If this issue is not solved soon, it may lead to greater loss of numerous domain holders working their business through these domains and websites. Thus, it is high time that ICANN and the Ministry of Electronics and Information Technology step in to solve this issue.

Net4 is accredited by the International Corporation for Assigned Names and Numbers (ICANN) and many of the distressed users are now approaching ICANN’s India head, Samiran Gupta asking for some resolution or aid for renewing their Net4 purchases, while ICANN has received several emails with regard to this matter, ICANN is suggesting people file individual complaints with respect to their domain matters.

Net4 is currently under insolvency proceedings and has an ongoing legal dispute with many creditors and the matter is pending at the National Company Law Tribunal (NCLT) since 2019. The Tribunal has appointed a professional who will be coordinating with ICANN on matters related to compliance with ICANN’s registrar agreement, transfer of domain names, and renewals of domain names.

It is worth noting that the ICANN master agreement with all of its registrars has entitled ICANN to terminate their contract, in case a registrar is stuck up with insolvency proceedings for more than a month, and it is astonishing that ICANN has not used up this clause to terminate its agreement with Net4. Further, ICANN has clarified that they won’t be interfering with the complaints made regarding the country-specific domain names and have suggested NIXI operate for those country-specific nations.

Lastly, one can see that the website of Net4 is up but many of its automated processes are still down and people have no other option but to wait for ICANN to answer their individual complaints. But till their queries are answered and solved, it may lead to an adverse effect on the respective businesses of the domain holders and cause humungous losses as many big businesses are signed on Net4 such as CNBC, Essar, Airtel, TV18, etc.

The scariest part of the play is that the things may not get better for Net4 until their financial issues are solved in the NCLT offering a proper insolvency report to the Company and the Bench of NCLT when asked upon the status of the case, they said that a few issues had to be looked upon till the next hearing which is scheduled on October 1, 2020.

DISSATISFACTION WITH APPOINTMENT OF RESOLUTION PROFESSIONAL

Lately, Dr. Mahendra Limaye of Nagpur has been preparing a PIL on this IT issue and invites all the affected persons to join him for the petition. The Resolution Professional has issued a document indicating the sale of the Net4 properties but was silent on the matter of thousands of Net4 users. Even the ICANN has suspended the registry of Net4 in order to prevent any new transactions but nothing was mentioned regarding the existing customer interests. Some serious action needs to be taken by ICANN by taking over the registry keys and assigning some temporary registrar to the existing customers.

One should understand that it is time to refurbish the Bankruptcy Law so that the innocent customers of the company are no more denied the access from their domain websites and even the NCLT should bring in some alternative changes in the proceedings so that the clients are not affected from the ongoing dispute of the Companies. NCLT should also consider the “continuity of the businesses of the customers subject to the Company” before it appoints a Resolution Professional to the case for any further action.