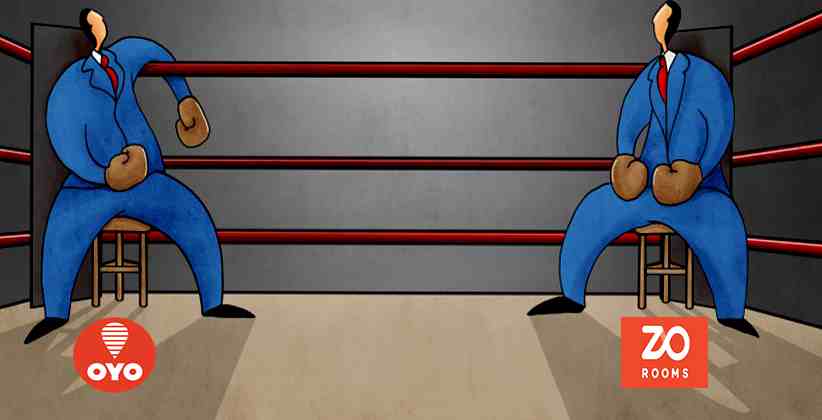 The fight between ZO Rooms and OYO has taken a quick turn with a fresh plea filed in the Delhi High Court on January 21, 2020 against the ‘restructuring’ step taken by Zo Rooms SoftBank backed accommodation major.

Zo Rooms moved the Delhi High Court against the decision of OYO to restructure business and place them under new entities without consulting either the Arbitrator or Zo Rooms.

Further, the petition contends that this demerger will negatively affect the claim as sought by Zo with 7% stakes in OYO parent – ‘Oravel Stays’

The story began with the merger of Zo and Oravel Stays in 2015. M Ahmadi former Chief Justice of India is the arbitrator for the matter, following the sole directive of Supreme Court in October, 2018.

Zo has now made two new entities- Oyo Hotel and Homes, and Oravel Stays Singapore, a party to the arbitration. The Delhi High Court in its order dated 24 January, 2020 has asked Oyo to file a reply in 2 weeks’ time, this also implies that the 2 new entities shall be bound by the arbitral award, based on the final outcome of arbitration.

The real dispute was between Zo Rooms and Oravel Stays but the recent transfer of business by Oravel Stays to Oyo hotels and homes and Oravel stays Singapore will result in Zo losing out on the value of revenue as it has been shifted to others.

If we draw a raw calculation of valuing the Oravel Stay at $5 billion, a 7% stake would be valued around $350 million and at lower valuation it will decrease at much lower rate. However, the Delhi High Court has dismissed the petition and asked the arbitrator to fix a date, meet with the concerned parties and resolve the issue.

In an e-mail, Oyo responded that it cannot comment specifically on the matter due to the prohibition imposed by judicial forums.

“Important to note that this restructuring doesn’t have any adverse impact on the company’s value. The entire demerger process occurred and necessary filings were completed across different stages since March 2019 and even communicated publicly through newspaper advertisements in June 2019 and September 2019,” an Oyo spokesperson added.

Zo’s legal counsel denied to respond on the matter.

“The new entities that Oyo created and the division of assets, including alienation of the brand to Oyo Singapore, means they could technically be said to be outside the ambit of an award in the Zostel-Oyo arbitration. The result of the Delhi high court order is that these entities have also submitted to the arbitration process and are bound by an arbitral award,” said Vivek Durai, co-founder of Paper.vc, a business intelligence platform.

A leading daily newspaper reported last year that Oyo’s parent company Oravel Stays is transferring the India Hotel Business, which also includes new arenas like co-working and event management to its subsidiary ‘Alcott Town Planners’ according to regulatory filings made by the company.