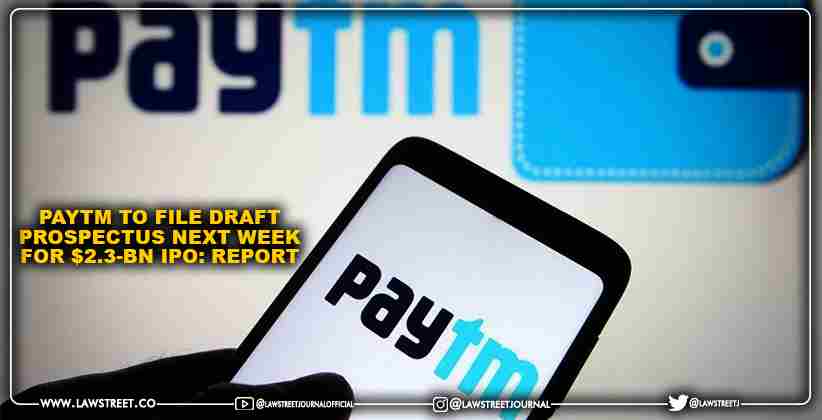 One97 Communications Ltd, the parent of Indian payments firm Paytm, will file a draft prospectus as early as July 12th 2021, for a domestic initial public offering (IPO) that seeks to raise $2.3 billion, two sources close to the matter said on July 5th 2021, Monday.

The money will be raised via sale of new Paytm stock as well as a secondary offering of shares at an expected valuation of $24 billion to $25 billion with an option to raise the amount at a later stage if required, the sources said, declining to be named as the matter is not public.

The prospectus will be filed shortly after Paytm's extraordinary general meeting (EGM) of shareholders in Delhi on July 12th 2021, possibly on the same day. Paytm declined to comment.

Paytm, which counts China's Alibaba and Japan's SoftBank as backers, is seeking shareholder approval at the EGM to sell up to 120 billion rupees ($1.61 billion) in new stock and have an option to retain an over-subscription of up to 1 percent, Reuters reported previously.

There were $3.6 billion worth of IPOs in India in the first half of 2021, up from $1.1 billion at the same time last year, according to Refinitiv.

The level so far this year is the highest since 2008, the data showed. Sona BLW Precision Forgings raised $757.4 million in its June IPO which was the biggest listing in India this year.