Home Business Prashant Bhushan’s Tweets which were the Cause of Contempt as per the SC, Withheld by Twitter
Business 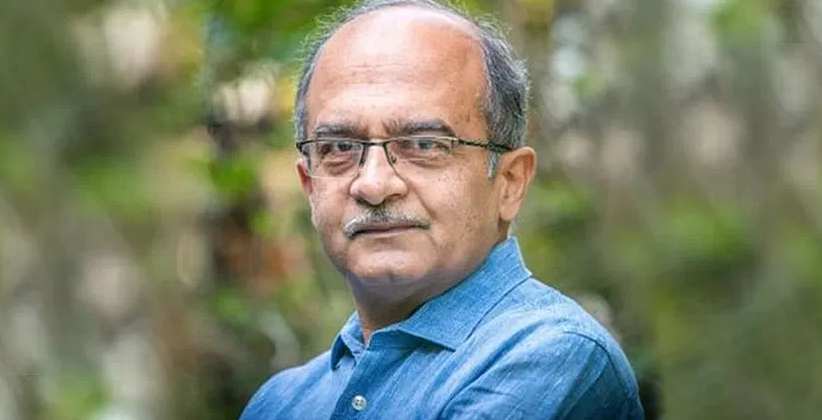 On Saturday, 25 July 2020, Twitter withheld two tweets of Prashant Bhushan dated 27 June 2020 and 29 June 2020 over which the Supreme Court of India issued him a notice for the contempt of court.

On Thursday, 23 July 2020, Justice Arun Mishra, who was the presiding judge on the bench of three judges, had verbally asked Twitter India’s Counsel, Senior Advocate Sajan Poovayya, as to why Twitter had not taken down the tweets despite the SC initiating contempt proceedings over it.

The Senior Counsel responded that Twitter did not defend Bhushan’s tweets and that the appropriate steps will be taken in that regard.

The Supreme Court of India, while issuing notice to Prashant Bhushan over this matter, stated the prima facie view that the tweets of Prashant Bhushan “have brought the administration of justice in disrepute and are capable of undermining the dignity and authority of the Institution of Supreme Court in general and the office of the Chief Justice of India in particular, in the eyes of the public at large”

In June this year, Mr. Bhushan alleged the judiciary had a hand in dealing with damage to democracy. On 27 June 2020, Prashant Bhushan accused the Supreme Court of playing a part in the "destruction of India's democracy" in the last six years.

His second tweet was posted on 29 June 2020 in which Prashant Bhushan posted a photograph of Chief Justice of India Sharad Arvind  Bobde sitting on a Harley Davidson motorcycle in Pune along with the text “CJI rides a 50 Lakh motorcycle belonging to a BJP leader at Raj Bhavan Nagpur, without a mask or helmet, at a time when he keeps the SC in Lockdown mode denying citizens their fundamental right to access justice!”

In 2009, a contempt case was registered against Prashant Bhushan and Tarun Tejpal, who is the former editor of Tehelka magazine, is also listed before the same bench to be heard on Friday, 24 July 2020.

The case relates to certain comments made by Bhushan in an interview to Tehelka magazine against former Chief Justice of India S H Kapadia.

The Supreme Court contended that “A petition was presented before us for contempt proceeding on the administrative side. We have gone through the petition and the allegation against CJI SA Bobde. The tweet in question was tweeted on June 27... We issue a notice to the Attorney General. We also note that the correct party here is Twitter Inc of California and not Twitter India. Twitter permitted to file an appropriate application.”