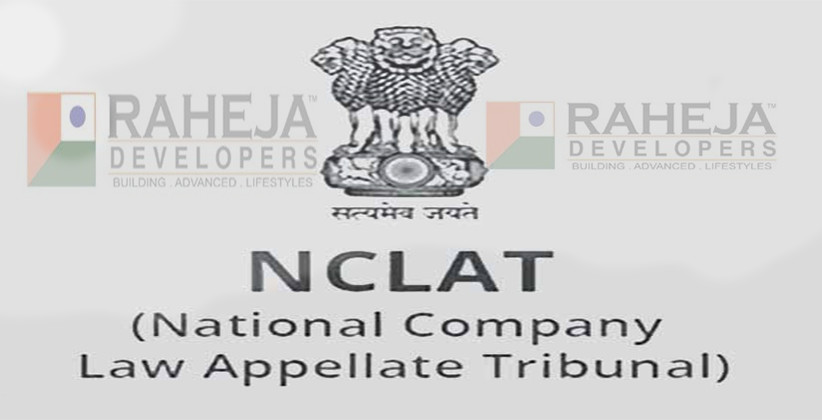 Raheja Developers took a massive sigh of relief on January 23, 2020 when the National Company Law Appellate Tribunal (NCLAT) halted insolvency proceedings against the company and referred the management of the company to its Board of Directors.

The issue commenced when theNational Company Law Tribunal (NCLT) held the company to be in default towards two home buyers, who had approached the tribunal seeking relief.

Further facts reveal that the Respondent No.s 1 & 2 (both home buyers) filed an application under Section 7 of the Insolvency and Bankruptcy Code, 2016 with mala fide intent of initiating the liquidation of the company by going straight to the adjudicating authority for the refund of the money invested and not for obtaining possession of the premises they had paid for.

The bench headed by NCLAT Chairman S.J. Mukhopadhyay said, "The appellant 'Corporate Debtor'(company) is released from all the rigours of 'moratorium' and is allowed to function through its Board of Directors from immediate effect."

"The interim resolution professional will hand over the assets and records to the Board of Directors" it further added.

The bench further put forward the fact that the allottees in a large number of cases are speculative investors and not persons who are genuinely interested in purchasing flats.

"They do not want to go as per the obligation of taking possession of the apartment under RERA, but want to really get back, by way of this coercive measure, monies already paid by it."