Rahul Bajaj steps down as Chairman of Bajaj Finance 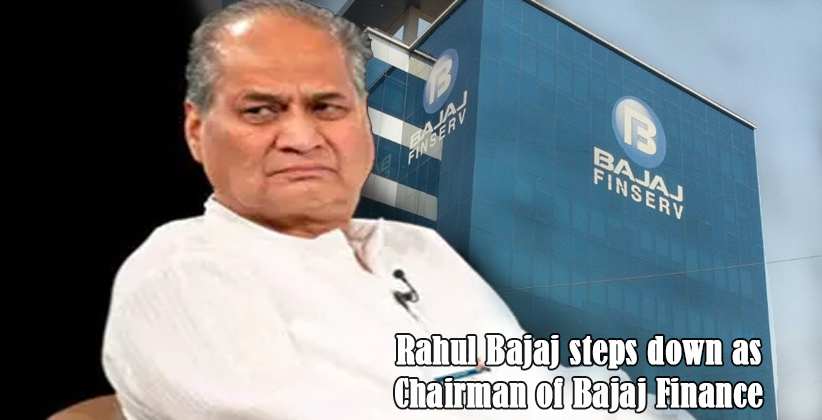 Famous industrialist Rahul Bajaj has decided to step down as the Non-Executive Chairman of Bajaj Finance NSE 1.72 % on 31st July, after having handled the company for as many as 30 years.

Current Vice Chairman Sanjiv Bajaj will be succeeding him, the Bajaj Finance said in a regulatory filing on Tuesday (21st July).

The Company said that Non-Executive Chairman of the company, Rahul Bajaj, has decided to demit the office as chairman of the board with immediate effect from the closing of business hours on 31st July 2020. This has been done as a part of succession planning. Bajaj has been handling the company since it was formed in 1987 and the group for over 50 years now.

However, Rahul Bajaj will still serve the company as a non-executive non-independent director.

Sanjiv Bajaj’s appointment as Non-Executive Chairman of the company from 1st August 2020 with immediate effect has been approved by the company’s board.