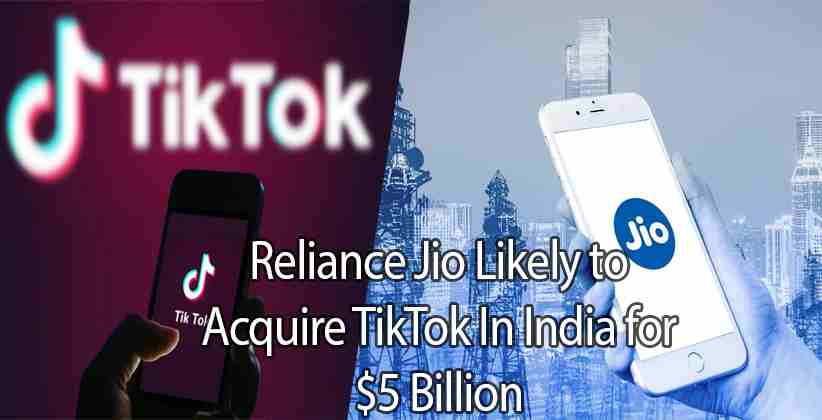 As India was the largest market for the short video app, TikTok, the CEO of the company is in discussion with the Founder of Reliance Jio, Mukesh Ambani regarding the change in the policies. Byte Dance Company, the Parent Organization of TikTok, is considering changing its privacy policies by eliminating the breach of privacy of the Indians.

Reliance Jio is in talks with the Byte Dance Company since last month to acquire operations in India for $5 Billion. In India, almost 611 million downloads were generated before the ban, according to data sourced from market intelligence firm Sensor Tower.

Surprisingly, Facebook, which is also the stakeholder in Reliance's Jio platforms, has also recently launched Instagram Reels in India, where the users can make a short video, embedded in the photo-sharing platform, just like TikTok. Byte Dance's deal with Reliance Jio could be a viable option to clear the regulatory hurdles in India while also helping leverage the nearly over 400 million users base of Reliance Jio and can also generate employment opportunities in India.

Since Instagram Reels is being described as a clone or duplicate of TikTok, the fact is that the similarity of the features may act as an advantage and help the Facebook backed photo-sharing app onboard millions of users in India who were earlier using TikTok.

India and Canada to Increase Corporation in S&T by Strengthening Existing International Relations: Government of India