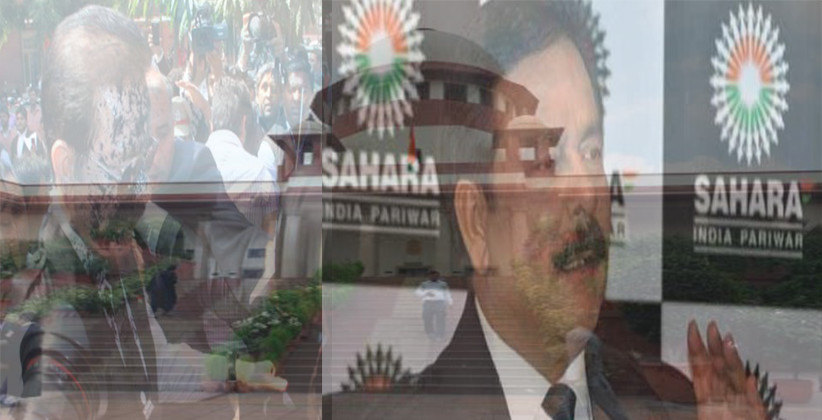 On Thursday, January, 31st 2019 Supreme Court of India ordered Sahara group chairman Subrata Roy to remain present in court on Thursday, February 28, 2019 to justify why no action should not be taken against him as the business group repeatedly failed to meet deadlines to deposit Rs 25,781 crore, which was directed by the apex court in August 2012.

The Bench comprising of Chief Justice Ranjan Gogoi, Justice A K Sikri and Justice Sanjay Kishan Kaul of Supreme Court of India was notified by Sebi counsel Arvind Datar and Sahara counsel Vikas Singh that the group have deposited Rs 20,000 crore against the liability of Rs 25,781 crore. But, the bench refused to entertain Singh’s plea that a substantial amount had been deposited but Sebi had not yet completed verifying the documents submitted by Sahara showing that there were no claims from investors for a refund. He said as money had been already returned to investors, the group's Rs 20,000 crore deposit with Sebi amounted to double charge.

On August 31, 2012, the Supreme Court of India directed the group to deposit the entire amount

The SC had on August 31, 2012, directed the group to deposit the entire amount with Sebi after cancelling the one-time fully convertible debentures floated by Sahara Real Estate and Sahara Housing, through which the amount was collected from three crore investors over the years. The SC had relaxed the deadline several times but these were breached as the group started paying in tranches.

Before asking Sahara group chairman Subrata Roy to be present in court bench said “You have violated the court’s orders. Why should the court show any more indulgence to you. If you don’t deposit, the law will take its course. The amount was to be paid by March 2013. Appropriate order will be to ask the person responsible to appear in court and initiate appropriate action against him.”

On March 4th, 2014 Subrata Roy was sent to jail by Supreme Court of India for committing contempt of court by violating its orders directing deposit of money with Sebi, where he remained in jail till May 2016. Later he was granted bail on promising to pay up the remaining amount within the fresh deadline fixed by the SC.

This plea was examined several times earlier and rejected. Chief Justice of India Ranjan Gogoi said the court had already clearly stated in its orders that verification of documents submitted by Sahara would be taken up after the entire money was deposited.