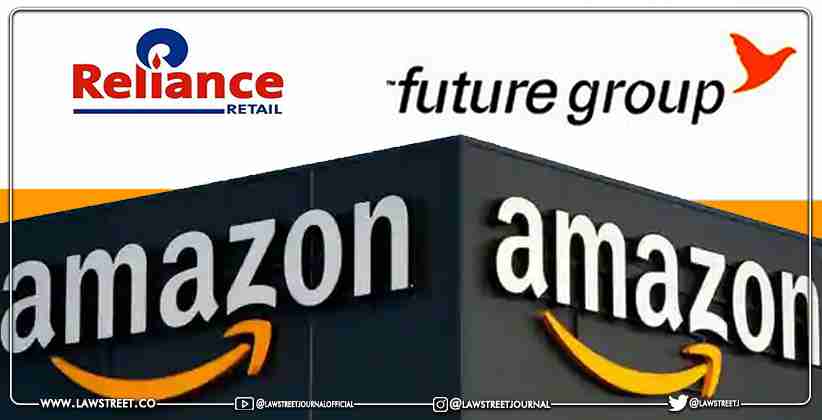 The Supreme Court reserved its decision in the Amazon-Future-Reliance case on Thursday(July 29,2021), deciding whether Singapore's Emergency Arbitrator Award preventing Future Retail Ltd (FRL) from proceeding with its merger deal with Reliance Retail is valid under Indian law and whether it can be enforced.

After hearing arguments from all parties in the case, a bench led by Justice Rohinton F Nariman reserved its verdict.

Amazon.com NV Investment Holdings LLC, based in the United States, and FRL are locked in a legal battle over FRL's $24.713 billion merger with Reliance Retail.

Previously, the bench stayed further proceedings in the Amazon-Future-Reliance case before a single judge and a division bench of the Delhi High Court.

The Supreme Court was hearing an appeal from e-commerce giant Amazon, which was challenging the Delhi High Court"s decision to stay an order upholding an emergency arbitrator award preventing Future Retail Limited (FRL) from proceeding with its 24,731 crore assets sale deal with Reliance Retail.

Amazon owns 49% of FCPL, which owns 9.82% of FRL. Amazon claims that it invested 1,431 crore in FCPL with the clear understanding that FRL would be the sole vehicle for its retail business and that its retail assets would not be alienated without consent and would never be sold to a restricted person.

FRL, on the other hand, has objected to the EA award being enforced, claiming that it is not an order under Section 17(1) of the Arbitration and Conciliation Act and thus not enforceable in India.

FRL has claimed that the 24,731 crore deal was critical to the survival of its 25,000 employees. According to the agreement, Reliance will take over not only FRL's stores but also all of its liabilities.