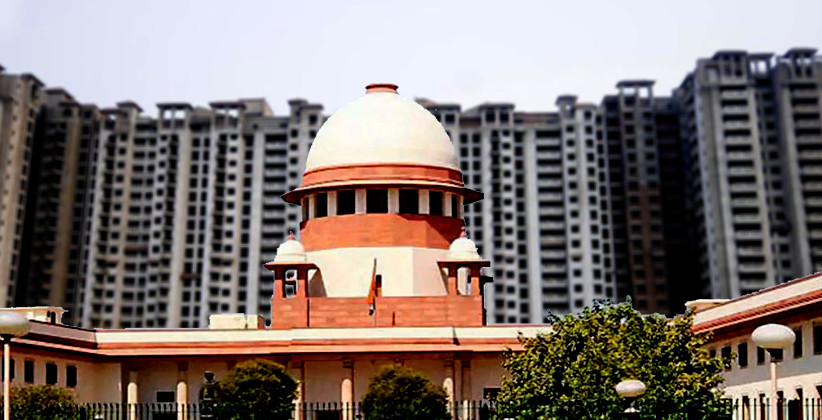 In a major relief to thousands of homebuyers, the Supreme Court on July 23, 2019, cancelled the registration of real estate major Amrapali group under Real Estate (Regulation and Development) Act 2016, and directed the National Building Construction Corporation (NBCC) to complete the construction of its pending projects in Greater Noida and Noida.

The Bench comprising of Justices Arun Mishra and U.U. Lalit found that Amrapali group had siphoned off homebuyers money with the connivance of Greater Noida and Noida authorities.

The Court has directed the Enforcement Directorate (ED) to initiate action under Prevention of Money Laundering Act, 2000, and Foreign Exchange Management Act (FEMA) 1999, against Amrapali directors and authorities, and update the Court with progress of probe with periodic reports.

The NBCC will complete the stalled Amrapali projects, with its commission fixed at 8 percentage. Homebuyers have to deposit remaining amount in an escrow account.

The Court has protected the interests of homebuyers by saying that banks and financial institutions have to recover their dues from Amrapali assets other than project properties.

Senior Advocate R. Venkataramani has been appointed as court receiver in whom the rights of all the Amrapali properties will be vested after the cancellation of lease.

The Greater Noida Authority told the apex court Amrapali Group had five projects under its jurisdiction. Of this, four were vacant land and without any construction. Of the Rs 3,400 crore outstanding dues, the authority had received only Rs 363 crore from Amrapali Group.

The Supreme Court had reserved the verdict in the matter on May 10, 2019, after Noida and Greater Noida authorities said they don't have the resources and expertise to construct the stalled projects of Amrapali Group.

The Court had then reserved its verdict on the question as to who will take over the management control and which builder or developer should finish the stalled projects of Amrapali.

Sharma, Priya and Kumar have been in the custody of Uttar Pradesh Police since last October and have been housed in a Noida hotel on an Apex Court directive. They have been accused of not cooperating with forensic auditors examining financial transactions by the company and its directors. The court had therefore directed them to be kept under police surveillance in a hotel till investigation against the company was completed.