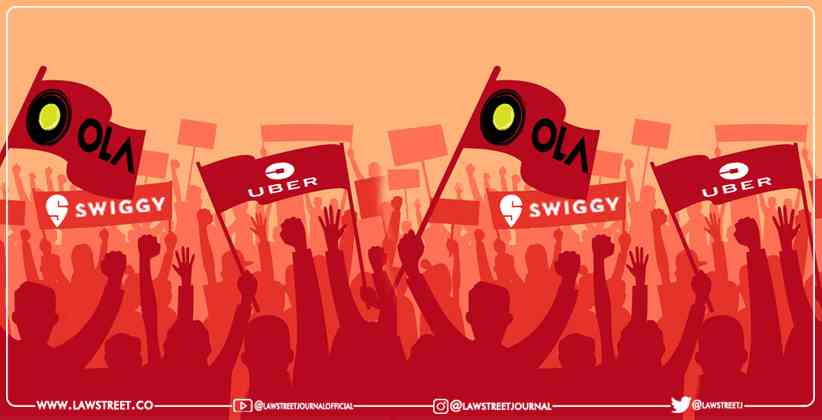 "Gig Workers" have approached the Supreme Court seeking social security benefits from food delivery apps such as Zomato and Swiggy, as well as taxi aggregator apps Ola and Uber, raising important public and constitutional questions about whether the "Right to Social Security" is a guaranteed fundamental right for all working people, whether employed in formal or informal sectors.

The Indian Federation Of App Based Transport Workers (IFAT), a registered union and federation of Trade Unions representing App-based transport and delivery workers, filed the petition on behalf of "Gig Workers." It is argued that "gig workers" and "platform workers" are covered by the definition of "workman" under all social security legislation because they have an employment relationship with the aggregators.

The petitioners requested that "gig workers" and "app-based workers" be classified as "unorganized workers" and/or "wage workers" under Sections 2(m) and 2(n) of the Unorganized Workers Social Welfare Security Act, 2008.

"The failure of the State to register them as "uunorganized workers" or to provide them with social security under existing law violates their rights under Article 21 of the Constitution of India ("CoI"), namely the right to work, the right to a livelihood, and the right to decent and fair working conditions.

Also Read - Zomato converts to a Public Limited Company Ahead of IPO, Might Set up Own Restaurants & Hotels soon

"It is also a violation of the right to equality before the law and equal protection under the law because they are in the same situation as all other workers under the applicable social security laws, including the Act of 2008, thereby violating Article 14 of the Indian Constitution," the petition states.

In their petition, the petitioners claim that the denial of social security to "gig workers" and "platform workers" has resulted in their exploitation through forced labour in violation of Article 23 of the Constitution.

"Gig workers," "app workers," and "platform workers" are examples of workers in the "informal economy." "In a typical developing country, the informal economy accounts for one-third of GDP and 70% of employment. A large number of workers, including wage workers and unorganized workers, work and generate value in the aforementioned economy," the plea states.

In this context, petitioners have also requested the creation of specific schemes such as health insurance, maternity benefits, pension, old age assistance, disability allowance, and vaccination completion at Aggergator's expense on a priority basis.

In their petition, gig workers also cited Chapter IX of "The Code on Social Security, 2020," which deals with "Social Security for Unorganized Workers, Gig Workers, and Platform Workers" and seeks to provide for the framing of schemes for unorganized workers, to argue that the recognition of Gig Workers and Platform Workers as unorganized workers in legislation is an indication of the Centre's policy for pragmatism.

The petitioners claim that the "Code on Social Security, 2020" has yet to take effect, and that these workers are currently not covered by social security under any labour legislation, organised or unorganized.

The gig workers have contended that accepting the claims of Respondent's companies (OlaCabs, Uber, Swiggy, Zomato) that there is no contract of employment between them and the petitioners and that their relationship with the petitioners is in the nature of a partnership would be inconsistent with the purpose of social welfare legislation.

Furthermore, it has been claimed that the respondent companies that own the Apps have complete supervision and control over the manner and method of working with those who are permitted to register on the said Apps.

The gig workers have also stated, to back up their claim, that, "The fact that their employers refer to themselves as "Aggregators" and enter into so-called "partnership agreements" does not change the fact that there is a legal relationship between employer and employee; master and servant and worker within the meaning of all applicable laws. The aforementioned contracts are merely a device to conceal the nature of the relationship, which is a de-facto and de-jure relationship between an employer and a worker, and which is a contract of employment."

Petitioners have argued that the contract by Respondent Companies is against public policy because the contracts are fixed-term employment contracts in the nature of "take it or leave it," and the workers offering their services have no choice but to sign the same for a living.

The gig workers have claimed that the observations made by the UK Supreme Court while rejecting Uber BV's appeal against an Employment Tribunal order apply mutatis mutandis to the "gig workers" as Uber is a multinational entity that operates through companies incorporated in different parts of the world but under the same conditions as its employees.

Relief has also been requested for the extension of food grain distribution under the PM Garib Kalyan Ann Yojana to all App Based Workers, regardless of whether the App Based Workers have ration cards or not.

Petitioners have also requested that directions be issued to financial institutions, banks, or NBFC not to seize and/or auction vehicles of App-Based Workers for failing to pay EMI's on their loans while the pandemic continues, and that financial institutions, banks, or NBFC be penalized for failing to comply with the directions issued in RBI Circulars and the Supreme Court's decision titled, Small Scale Industrial Manufacturers Association v. Union of India, LL 2021 SC 175. 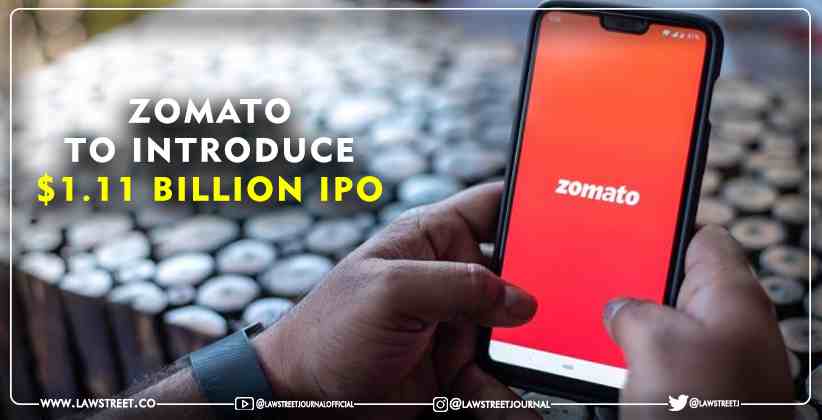 Zomato converts to a Public Limited Company Ahead of IPO, Might Set up Own Restaurants & Hotels soon 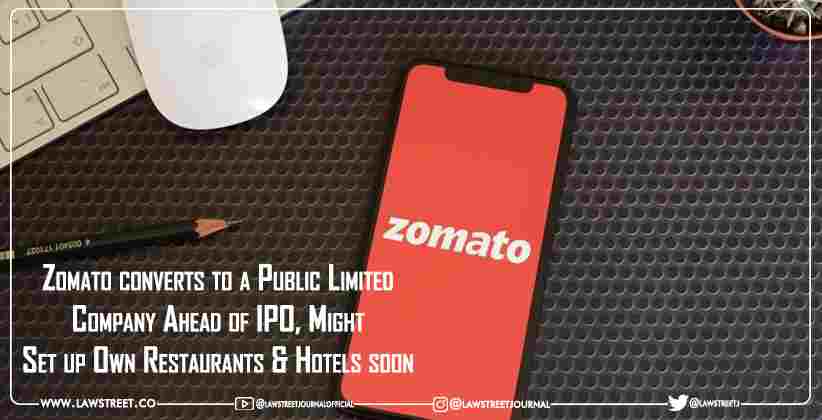 Business Apr 19, 2021 Tanya Sehrawat ( Editor: Ekta Joshi ) 4 Shares
4 Shares
Zomato, the food-tech company has converted itself to a Public Limited Company from a Private Company, well ahead of its initial public offer (IPO). In order to include possibilities of setting up its own restaurants and hotels, it has amended its Memorandum of Association (MOA). After the conversion, Zomato has changed its name from ‘Zomato Private Ltd.’ to ‘Zomato Ltd.’ as sourced from regulatory filings by Tofler. Filing a red draft herring prospectus with SEBI for the IPO...
Read full post