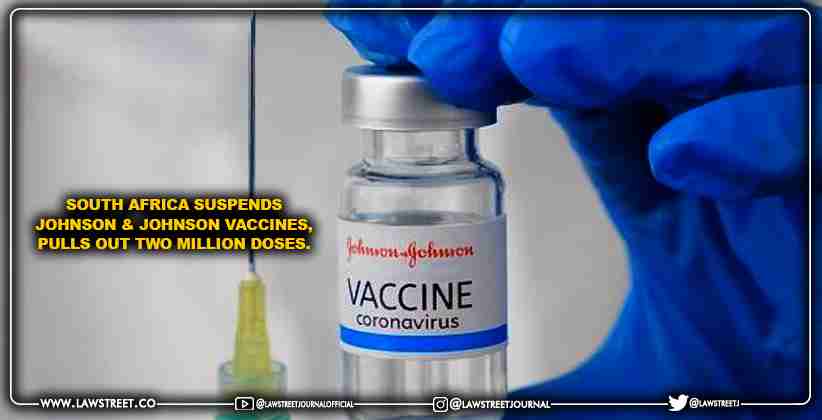 South Africa which has entered the third wave of coronavirus pandemic, on Sunday, June 13, 2021, pronounced that it will pull out two million doses of the Johnson & Johnson vaccines following contamination concerns at one of the United States’ drug maker’s site.

The US Food and Drug Administration, on Friday (June 11, 2021) told Johnson & Johnson that millions of doses produced at the group’s Emergent BioSolutions facility in Baltimore, were not suitable for use.

Following the review, the South African Health Products Regulatory Authority (SAHPRA), in a statement said it had decided, “not to release vaccine produced using the drug substance batches that were not suitable.”

Acknowledging the setback in South Africa's vaccination programme, Health Minister Mmamoloko Kubayi-Ngubane said Saturday that the country had two batches - representing some two million doses, that were stored in a high-security laboratory in Port Elizabeth belonging to drug maker Aspen.

SAHPRA said that a delivery of around 3,00,000 doses of the Johnson & Johnson vaccines that are cleared by the US FDA, which meet the requirements, will be subsequently released, and shipped to South Africa. It has also secured 30 million doses of the Pfizer-BioNTech vaccine, but it must be stored at extremely low temperatures and requires two shots.

South Africa has only vaccinated just over one percent of its population, thus lagging behind many countries. It is the African country hardest hit by the pandemic, with more than 1.7 million infections and nearly 58,000 deaths. The positivity rate in South Africa has reached 15.7 percent as of now.