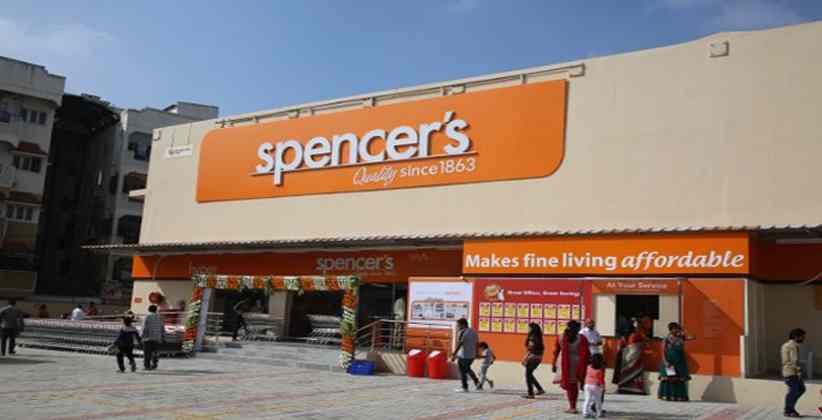 Spencer’s Ltd, the hypermarket chain from the stable of RP-SG Group, is going to launch its maiden share sale to the public in the first week of August with a Rs 80-crore rights issue.

The issue will close on August 18, company officials said.

The rights entitlement ratio is 2:15, which means the company is offering two rights shares for every 15 shares held.

A rights issue is an offer to existing holders to purchase additional shares at a discounted price and is issued in proportion to their existing holding.

Shareholders will be offered two shares for every 15 held in the company. Spencer’s became a publicly listed company in January 2019 following a three-way split of CESC Ltd, the flagship of RP-SG Group.

The promoters’ holding in the company stands at 54.70 percent. It became a part of the undivided RPG Group in 1989.

The main objective is to meet the enhanced working capital requirement of the chain which operates 191 stores in 42 cities with a trading area of 14.60 lakh square foot. It also offers an online platform to customers in 17 cities.

The company operates 191 retail stores of various formats in 42 cities, including Nature's Basket which it had acquired last fiscal. Its trading area is 14.60 lakh sq ft.

It has deepened its presence through brick-and-mortar stores in north, east, west, and south India, along with an online presence in 17 Indian cities, the officials said.

Even as it started out as a food-focused retailer, the product mix of Spencer’s is in a flux with an emphasis on the non-food side of apparel and electronics. Proceeds of the issue will help the company to stock up on those items.

On a consolidated basis, total income was Rs 2,671.88 crore and profit after loss Rs 130.78 crore after accounting for losses from Natures Basket. However, the company held out hope that it was turning a corner.

In its performance overview, Spencers has maintained that during Financial Year 2021, it plans to expand its presence in existing clusters. This will also help the company leverage its back end capabilities and optimize marketing costs.

The company will also focus on increasing its non-food business revenues, the officials said.

“By the close of the financial year under review, the operating cost structure at Natures Basket had improved considerably and the company reached our desired negative working capital position,” chairman Sanjiv Goenka wrote to shareholders in Spencer’s annual report.