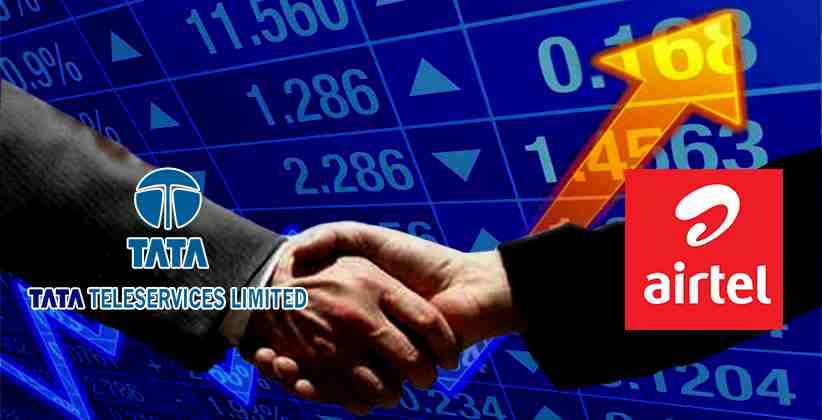 Before the merger was announced by the Bharti India Limited, DoT had asked for a guarantee of Rs. 8,000 crores before taking deal on record. Later, The Disputes Settlement and Appellant Tribunal (TDSAT) gave directions to DoT to accept the merger and take it on record. Bharti Airtel will exercise control over Tata Services’ CMB service in 19 telecom circles- 17 under TTSL and 2 under Tata Services (Maharashtra) Limited and has agreed to take over a small portion of the unpaid spectrum liability of Tata Teleservices. The merger reinforces Airtel’s radio-waves pool with supplementary 178.5 MHz spectrum in 1800, 2100 and 850 MHz bands, widely used for 4G services. Tata Teleservices settled at a value of Rs. 3 and 30-stock Sensex was trading down by 135.96 or 0.31 per cent while Nifty 50 was drooping at 34.85 or 0.29 per cent.