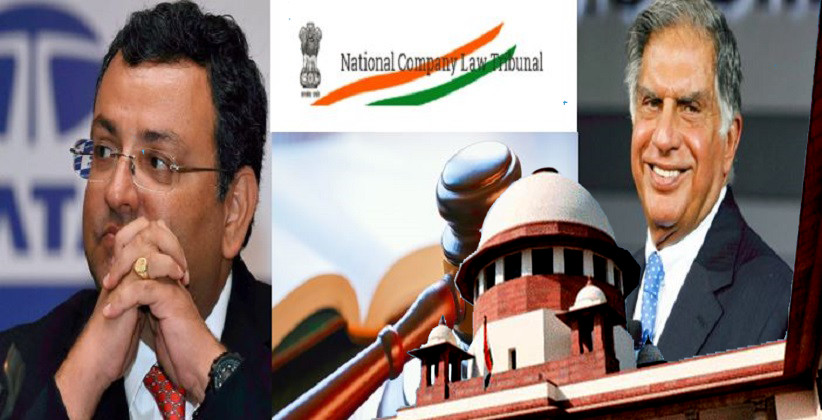 The Supreme Court today (24 January, 2020) has stayed the  National Company Law Appellate Tribunal’s (NCLAT) order that dismissed a plea by the Registrar of Companies (RoC) seeking amendments to its 18 December, 2019 judgment in the Tata-Mistry dispute. It also issued a notice to Cyrus Mistry on RoC’s plea and will hear the matter with the main appeal moved by Tata Sons.

On December 18, 2019, the tribunal had ruled in favor of reinstating Cyrus Mistry as the chairman of Tata Sons. Tata Sons emeritus Chairman, Ratan Tata had moved the SC against NCLAT’s order. In its plea, RoC - under the Corporate Affairs Ministry had sought to be impleaded as a party in the two petitions and deletion of words “illegal” and “with the help of the RoC” used by the NCLAT in its 172-page judgment.

Tata Sons Ltd. was initially a 'Private Company' but after insertion of Section 43A (1A) in the Companies Act, 1956 on the basis of average annual turnover, it assumed the character of a deemed 'Public Company' with effect from February 1, 1975, the order said.

The Tata-Mistry war has dragged on for long and has constantly been in the public eye. Prior to turning Tata Sons to a public company from a private one, the Registrar of Companies (RoC) will allow and take into consideration for the Apex Court's hearing on the National Company Law Appellate Tribunal’s (NCLAT) judgment. The Supreme Court had previously announced that it would hear on January 10 Tata Sons’ plea against the NCLAT’s decision to restore Cyrus Mistry as chairman of Tata Sons and three group companies.

After NCLAT's decision in December last year, Mistry said he will not go after the chairmanship of Tata Sons, Tata Consultancy Services (TCS), Tata Teleservices, or Tata Industries, but will be chasing a seat at table.