Home Business Twitter Tells Telangana HC that it is not Amenable to Writ Jurisdiction in India, Seeks Safe Harbor Protection Under IT Act, 2020
Business

Twitter Tells Telangana HC that it is not Amenable to Writ Jurisdiction in India, Seeks Safe Harbor Protection Under IT Act, 2020 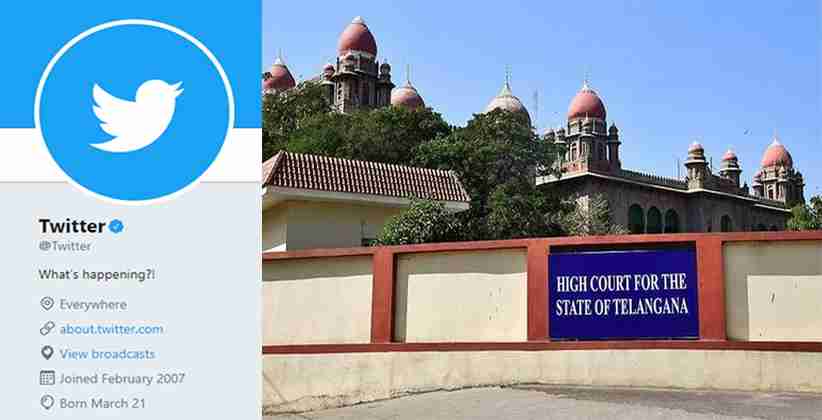 The Social media platform Twitter.inc has appealed against a PIL made by Advocate Khaja Aijazuddin stating that the company is being responsible for trending ‘Communal Hashtags’ in India. The company responded to the PIL by saying that it is not a ‘State’ within article 12 of the Indian Constitution as it is incorporated under the laws of the United States of America. The company also stated in its defense that though it not performing any kind of public function activities for which it is not being amenable for such a writ petition.

The Telangana High Court issued a notice to the company to file a counter-affidavit to the petition in June. In July the DGP of Hyderabad informed the court that the objectional and hated tweets has been removed by the company to which the court did not find satisfactory and ordered the company to be present in the case.

Following the court’s order, Twitter has filed a counter-affidavit before the High court in which it has clearly stated that the company itself an intermediary and cannot be held responsible for any kind of contents posted by its users. It further added being an Answering Respondent it is being defined as an intermediary under Section 2(1)(w) of the IT act,2000 and it is only a mere platform which receives, stores, or transmits certain information over the internet on behalf of its users who originally creates such contents and are the real publishers of such and shall be held liable for any kind of contents posted by them under the IT act,2000. The company further argued in its affidavit that the IT act has clearly indicated the difference between Originator and Intermediary under its two separate sections i.e. Section 2(1) (za) and Section 2(1)(w).

The Twitter Inc. further argued in its defense that it has been under the guidelines of ‘Safe Harbour’ of section 79 of the IT act as it does not initiate the transmission or select the receivers of the transmission or select or modify the transmission, it can’t be held liable for any kind of offensive contents posted by its users. It also contended that the company itself was unaware of such trending tweets and contents and there were no such court orders or govt. instructions to delete such derogatory contents. However, the company cleared the air by noting that it has taken preventions and adequate steps for stopping the violation of the policies set by the company by following the Govt. instructions and variable court orders by the Hon’ble Supreme Court.

Supreme Court accepts DGCA's recommendations on airfare refund, travel agents to get refund only for tickets booked by them